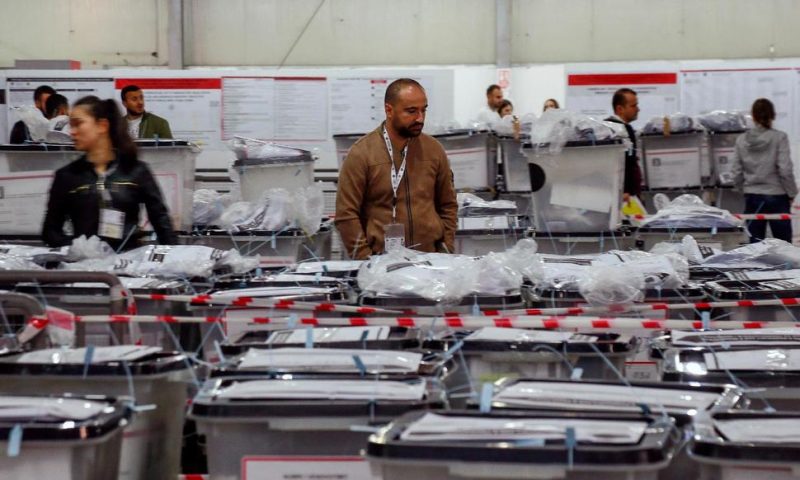 Kosovo’s opposition parties have won a snap election, overcoming the former independence fighters who have governed the country since its war 20 years ago.

PRISTINA, Kosovo — Kosovo’s opposition parties have won a snap election, overcoming the former independence fighters who have governed the country since its war 20 years ago.

With 96% of the votes counted Monday, the left-wing Movement for Self-Determination, or Vetevendosje, has 26% of the votes, one percentage point more than the conservative Democratic League of Kosovo, or LDK, also formerly in opposition.

The former governing Democratic Party of Kosovo conceded defeat after winning 21%, followed by its governing ally, the Alliance for Kosovo’s Future, of outgoing Prime Minister Ramush Haradinaj with 12%.

The Belgrade-backed Serb List party won their 10 guaranteed seats in the 120-seat Parliament. Ten others are reserved for other minorities.

“We open a new chapter for our republic … after this big win which is yours more than ours,” Vetevendosje leader and prime minister candidate Albin Kurti told thousands of supporters gathered Sunday evening in central Pristina.

Sunday’s election was held amid calls for leaders to resume dialogue with Serbia over normalizing ties, stalled since the previous government set a 100% tariff on Serb goods.

Kurti, 44, now needs to form a governing coalition. He has not said how he will resolve the issue of talks with Serbia.

His party has used extreme methods such as tear gas and water bottles in the parliament against deals with Serbia.

Kurti has said the 100% tariff on Serb goods, which last year stalled European Union-facilitated talks with Serbia, needs to be replaced with reciprocity, referring to the application of 33 deals signed between the two countries since 2011, but giving no details.

Artan Muhaxheri, an independent analyst, said Kurti will find it very hard to change his tough attitude toward Serbia, forecasting a lot of problems in the talks ahead.

The message from the election was very clear, however, he said. “People of Kosovo want a change. They punished the government.”

Kosovo declared independence from Serbia in 2008. It is recognized by more than 100 countries but not by Belgrade.

US Signs Limited Deal With Japan on Ag, Digital Trade