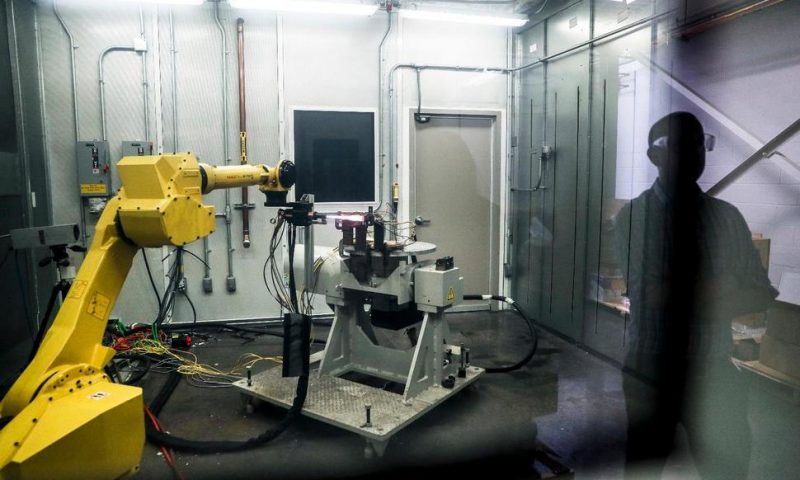 NEW YORK — General Electric is freezing the pension plans of about 20,000 of its workers and offering pension buyouts to 100,000 former employees as it attempts to reduce its mountain of debt.

The industrial conglomerate has been selling off assets and streamlining its operations amid sagging profits and other setbacks in recent years. It has about $105.8 billion in overall debt, and whittling that down has become a priority for CEO Larry Culp.

The Boston company said Monday that its actions would trim its pension deficit by about $5 billion to $8 billion, and net debt by about $4 billion to $6 billion.

“Returning GE to a position of strength has required us to make several difficult decisions, and today’s decision to freeze the pension is no exception,” said Kevin Cox, chief human resources officer at GE, in a prepared statement. “We carefully weighed market trends and our strategic priority to improve our financial position with the impact to our employees.”

GE closed its pension plan to new beneficiaries in 2012. Companies nationwide have been capping or freezing defined-benefit pension plans, which promise regular retirement payments for the remainder of a beneficiary’s life. Many switched to 401k plans, which often include contributions from employers and employees but which do not guarantee a certain level of payments.

GE’s pension actions should have been taken much sooner, but the company needed to first secure the funding from its portfolio sales so it could re-deploy those proceeds, said Deane Dray, managing director of RBC Capital Markets, in a note to investors.

“Freezing the pension plan is sort of a ‘stop the bleeding’ type of measure,” said Zorast Wadia, principal and consulting actuary at Milliman, an actuarial firm. “It does nothing to that deficit. Essentially what you’re doing is you’re limiting future accruals.”

For the pension buyouts, GE is offering a one-time lump-sum payment to former employees who have not started monthly pension plan payments. Those who take GE up on the offer will receive, in one payment, the total amount that actuaries estimate they would have received after retiring at around age 65.

Some former employees might find the lump sum option more attractive than waiting until retirement to receive benefits, because if the company were to go bankrupt, they might not receive the full benefits they were entitled to, said Olivia Mitchell, executive director of the Pension Research Council at the Wharton School of the University of Pennsylvania.

“The defined benefit plan was a form of compensation which really encouraged employees to stick to their firms for life,” and today’s workforce is much more mobile than it was 40 years ago, Mitchell added.

Wadia said that the majority of companies his firm tracks have frozen their pension funds, but some — primarily in financial services or the not-for-profit sector — have pension plans where beneficiaries continue to accrue benefits.

About 21% of employers, including private, government and non-profit entities, offer defined pension plans that are open to all employees, according to the Society for Human Resource Management.

GE also said it plans to make early payments to cover its 2020 pension obligations using funds it raised by selling its stake in Wabtec, a transportation business, and selling part of its stake in Baker Hughes, the oil and gas company. It also plans to use funds it expects to raise when it sells its BioPharma unit.

Pension obligations represent about $21 billion of GE’s overall debt. GE said it will continue to evaluate its options to strengthen its balance sheet.

US Consumer Borrowing up $17.9 Billion in August

US Signs Limited Deal With Japan on Ag, Digital Trade