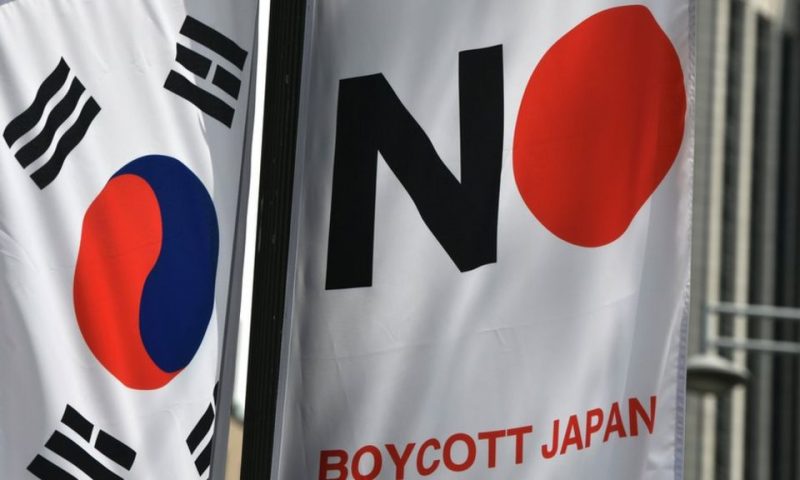 The declines came despite a rise in sales of foreign cars overall in South Korea last month.

Tensions between the two sides have sparked boycotts of some Japanese goods in South Korea.

Consumers have reacted to a row between Seoul and Tokyo, which has evolved in recent months from a diplomatic feud into a trade battle.

The dispute flared in July when Japan tightened controls on South Korean exports, targeting materials used in memory chips and display screens that are vital for local companies such as Samsung.

Both countries later struck one another off their list of trusted trade partners.

Carmakers have been among the companies caught in the crossfire of the trade spat.

“We believe that the recent decline in sales volume has been affected by the recent Japan-Korea relationship,” a Toyota spokesperson said.

Other Japanese automakers also saw a slide in sales in Korea last month. Figures from a Korean auto industry group released Friday showed total sales from Toyota, Honda and Nissan plunged 74% in September from a year earlier, according to news agency Yonhap.

How did the trade rift begin?

The trade row has been fuelled by diplomatic tensions over compensation for wartime labour.

The decisions drew condemnation from Japan, which argues the dispute was settled in 1965 when diplomatic ties were normalised between the neighbouring countries.

In recent months, South Korea has terminated its military intelligence-sharing pact with Japan and the dispute has continued to spill over into trade.