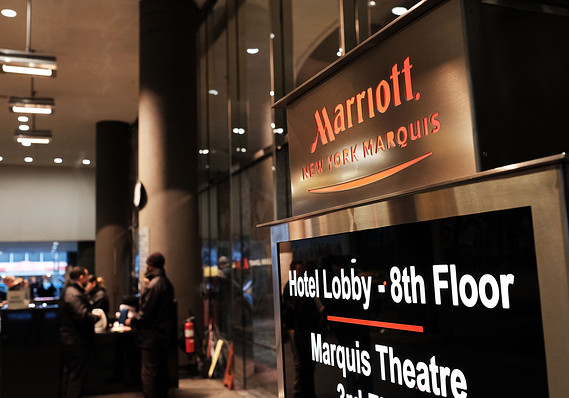 The numbers: Service-oriented companies that employ the vast majority of Americans registered the weakest growth in September in three years, adding to a cacaphony of reports showing a broad slowdown in the U.S. economy.

The Institute for Supply Management’s said its non-manufacturing index fell to 52.6% last month from 56.4% in August. Economists polled by Marketwatch had forecast a 55.3% reading.

Numbers over 50% indicates businesses are growing, but the index has fallen 8 points below its post 2008 recession peak of 60.8% achieved last fall. The decline has coincided with the intensifying trade war with China.

The lackluster results added to the angst on Wall Street after the research firm’s closely followed manufacturing index fell to a 10-year low earlier this week. Losses in the U.S. stock market deepened in Thursday trades.

The employment gauge dropped to a five-year low of 50.4% — barely above the cutoff point that separates net hiring from net layoffs.

Altogether, 13 of the 17 industries tracked by ISM said their businesses were expanding. Just three of the 18 manufacturing industries in the firms’s survey indicated business was still expanding.

The ISM indexes are compiled from a survey of executives who order raw materials and other supplies for their companies. The gauge tends to rise or fall in tandem with the health of the economy.

Big picture: The pair of ISM surveys clearly point to a sharp loss of momentum in the U.S. economy. The trade war with China has hurt manufacturers, farmers and other large exporters while a slowing global economy has added to the malaise.

The service side of the economy is much larger than manufacturing, but the weakness in heavy industry appears to be spreading. Wall Street increasingly believes the Federal Reserve will cut interest rates again soon to try to help prop up the economy.

“While Chinese tariffs are understandable, they are impacting our supply chain decisions,” one executive told ISM. “We are actively pursuing alternate sources for our China-based production. At this point, we have not passed on tariff costs to our customers, but we are evaluating all options.”

What they are saying?: “The non-manufacturing sector pulled back after reflecting strong growth in August. The respondents are mostly concerned about tariffs, labor resources and the direction of the economy,” said Anthony Nieves, who runs the ISM services survey.

“The index is “still in expansionary territory, but well off the highs seen in mid-2018, and only slightly above the cycle low hit in 2016,” noted economist Katherine Judge of CIBC World Markets.

Market reaction: The Dow Jones Industrial Average DJIA, +0.47% the S&P 500 SPX, +0.80% took a big turn for the worse in Thursday trades. Stocks have nose dived this week on growing worries about the threat of recession after a batch of negative readings on the economy.

With yet another restructuring, HP wakes up to the realities of its struggling cash cow