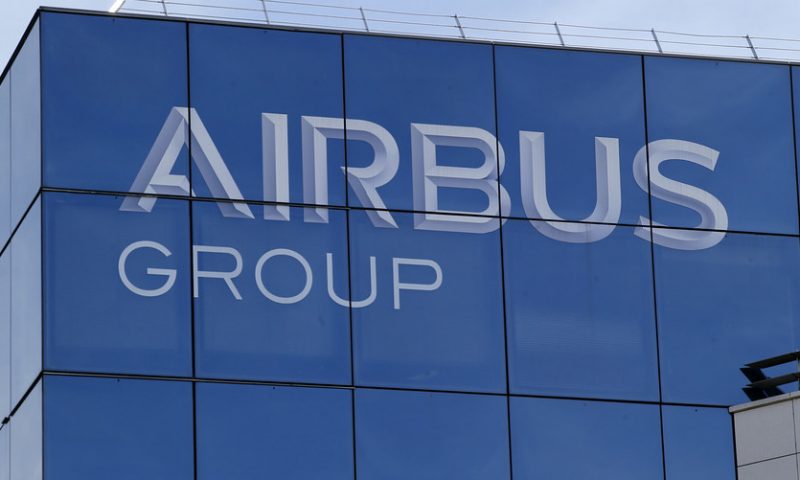 WASHINGTON — The Trump administration plans to impose tariffs on $7.5 billion worth of European imports — from gouda cheese to single-malt whiskey to large aircraft — beginning Oct. 18 to retaliate against illegal European Union subsidies for aviation giant Airbus.

The latest escalation in the administration’s tariffs will open a new chapter in the trade wars that are depressing the world economy and heightening fears of a global recession. It comes just as the Trump administration is in the midst of trying to negotiate a resolution to its high-stakes trade war with China.

The administration received a green light for its latest import taxes Wednesday from the World Trade Organization, which ruled that the United States could impose the tariffs as retaliation for illegal aid that the 28-country EU gave to Airbus AIR, +4.79% in its competition with its American rival Boeing BA, +0.39% .

The WTO announcement culminates a 15-year fight over EU subsidies for Airbus.

EU aircraft will face a 10% import tax; other products on the list will be hit with 25% tariffs. The administration insists that it has the authority to increase the tariffs whenever it wants or to later the products in its list.

President Donald Trump called the WTO ruling a “big win for the United States” and asserted that it happened because WTO officials “want to make sure I’m happy.”

“The WTO has been much better to us since I’ve been president because they understand they can’t get away with what they’ve been getting away with for so many years, which is ripping off the United States,” Trump said at a joint White House news conference with President Sauli Niinisto of Finland.

Stock markets around the world, which were already down on concerns for the world economy, added to their losses on the news.

Wednesday’s award follows a WTO ruling in May 2018 that the EU had illegally helped Airbus with subsidies. It does not, however, end the long-running trans-Atlantic dispute over aircraft. WTO arbitrators are expected to rule next year about how much the EU can impose in tariffs following a separate decision that went against Boeing.

The EU’s top trade official had said the bloc would prefer to reach a settlement with the United States to avoid a tariff war but that it will respond if Trump imposes new duties on EU products.

Speaking after the WTO’s ruling Wednesday but before the Trump administration announced the new tariffs, EU Trade Commissioner Cecilia Malmstrom said a tariff war “would only inflict damage on businesses and citizens on both sides of the Atlantic, and harm global trade and the broader aviation industry at a sensitive time.”

“If the U.S. decides to impose WTO authorized countermeasures, it will be pushing the EU into a situation where we will have no other option than to do the same,” she said.

Italian Foreign Minister Luigi Di Maio, who was meeting with U.S. Secretary of State Mike Pompeo in Rome on Wednesday, vowed to “defend our businesses.” Italian wine and cheeses could face an impact from U.S. tariffs.

Unlike Trump’s unilateral tariffs on billions of dollars-worth of steel, aluminum and other goods from China, the EU and elsewhere, the retaliatory tariffs authorized in the Airbus case have the stamp of approval from the WTO, an organization that he has repeatedly criticized.

German Chancellor Angela Merkel acknowledged “we have lost a matter under WTO law.”

“This means it’s not some sort of arbitrary question but a verdict according to international law that now weighs on Airbus, one must sadly say,” she told reporters in Berlin. “We have to see how the Americans will react now.”

The WTO in May 2018 found that EU aid for Airbus had resulted in lost sales for Boeing in the twin-aisle and very large-aircraft markets. The ruling centered on Airbus’ 350XWB — a rival of Boeing’s 787 — and the double-decker A380, which tops the Boeing 747 as the world’s largest commercial passenger plane.

Airbus and Boeing dominate the market for large airliners, and Boeing’s deliveries have plummeted this year because of the grounding of its 737 Max jet after two deadly crashes. This limits options for airlines looking to expand their fleets to accommodate increased air travel.

U.S. airlines have argued against tariffs on planes and parts that they buy from Europe, and they have mobilized supporters in Congress. In a letter this week to Trade Representative Robert Lighthizer, 34 congressional Republicans and Democrats expressed opposition to tariffs on imported airplanes and parts. And they suggested that if the tariffs were imposed that they apply only to future orders.

The lawmakers noted that because aircraft orders usually stretch out years, it’s hard for airlines to change or cancel them. Tariffs on European planes “would simply make these aircraft more expensive … and would do nothing to encourage the EU to end the illegal subsidies,” they wrote. By contrast, they said, imposing tariffs only on future orders from the EU would give airlines an incentive to buy U.S.-made planes.

The case itself dates to 2004, a testament to the plodding and thorough rhythm of the Geneva-based trade body.

Rod Hunter, a partner at the law firm Baker McKenzie and a former White House economic official, saw three possible outcomes: The EU can end the offending subsidies to Airbus, decide to absorb the tariffs or try to reach a negotiated settlement with the Trump administration.

In a statement, Lighthizer said, “We expect to enter into negotiations with the European Union aimed at resolving this issue in a way that will benefit American workers.”

The $7.5 billion represents a fraction of EU exports to the United States, which last year amounted to $688 billion.

But the specter of more tariffs comes at a sensitive time. Trump’s aggressive use of tariffs — especially against China — has shaken financial markets, hobbled global trade and hurt manufacturers paralyzed with uncertainty about where to buy supplies, situate factories and sell their products. On Tuesday, a private index of U.S. manufacturing output dropped to its lowest level since the recession year 2009.

“The market effect could be larger than just the impact on the European exports and their U.S. customers,’’ Hunter said.

Gary Hufbauer, a senior fellow at the Peterson Institute for International Economics and a former U.S. trade official, cast doubt on prospects for a EU-US trade deal that will ease tensions and ward off tit-for-tat tariffs, at least before the 2020 U.S. presidential election.

The WTO is already examining a dozen cases involving U.S. tariffs and countermeasures brought by its trading partners over the administration’s steel and aluminum tariffs. Trump has insisted the move is needed to protect U.S. national security interests, but the Europeans claim it is simply protectionism and breaks global trade rules.

The EU has introduced “rebalancing” tariffs on about 2.8 billion euros ($3 billion) of U.S. steel, agricultural and other products. Trump has also threatened to slap duties on European automakers.