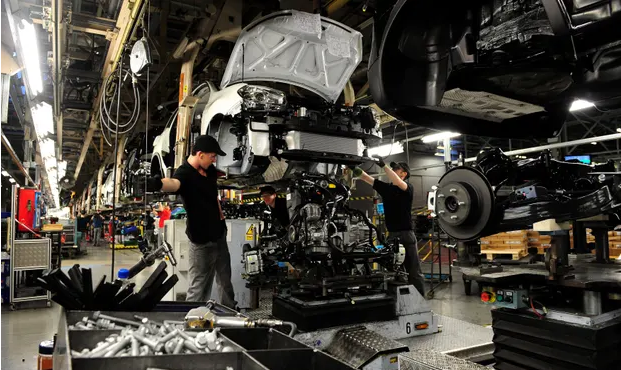 Nissan could tear up plans to build its Qashqai model in Sunderland if the UK leaves the European Union without a deal, according to reports, putting a plant employing 7,000 people at risk of closure.

The Japanese carmaker promised in 2016 to build the new version of the SUV in Sunderland, after receiving assurances from Theresa May’s government that it would be protected from the impact of Brexit.

But with the company in the midst of savage global job cuts due to poor financial performance, executives will revisit the plan if the UK leaves the EU without a deal at the end of the month, according to sources who spoke to the Financial Times.

The Qashqai accounts for two-thirds of the 440,000 cars produced by Nissan in Sunderland each year, raising fears that the plant, which also makes the Juke and electric Leaf models, could close altogether. About 7,000 people work at the site.

Nissan said its plans to build the Qashqai in Sunderland “have not changed”.

But it added: “Today we are among those companies with major investments in the UK who are still waiting for clarity on what the future trading relationship between the UK and the EU will look like.

“As a sudden change from those rules to the rules of the World Trade Organisation will have serious implications for British industry, we urge UK and EU negotiators to work collaboratively towards an orderly balanced Brexit that will continue to encourage mutually beneficial trade.

“Frictionless trade has enabled the growth that has seen our Sunderland plant become the biggest factory in the history of the UK car industry, exporting more than half of its production to the EU.”

Theresa May’s government offered Nissan up to £80m of state aid in 2016 to coax it into building new generations of the Qashqai and X-Trail in Sunderland.

After initially appearing to have been convinced by the offer, the carmaker eventually decided against building the X-Trail there, citing Brexit among its chief concerns.

In March, it said it would also cease production of the Infiniti marque at Sunderland, putting 250 jobs at risk, as it withdrew from the luxury sector in western Europe.

It has also been retrenching in the face of dismal financial performance around the world, announcing plans in July to cut up to 10,000 jobs.

Nissan is the latest in a long line of firms in the automotive sector to issue dire warnings about Brexit, or withdraw or pause investment in anticipation of it.

Earlier this year, Honda announced plans to close its Swindon plant, initially insisting that Brexit had nothing to do with the decision.

The claim was later undermined after the Guardian revealed that the car company had briefed local people that Brexit posed a threat to the factory’s future.

Jaguar Land Rover, which is the UK’s largest carmaker and employs 40,000 people, has previously warned that a hard Brexit could disrupt its investment plans and kill off entire industries.

One of the chief concerns in the industry, which employs more than 800,000 people in the UK, is the risk of disruption to “just in time” manufacturing processes that ensure the smooth and swift flow of car parts across borders.

Earlier this year, Boris Johnson dismissed concerns about such disruption expressed by the Jaguar Land Rover chief executive, Ralf Speth, saying he was “not certain” the Germany automotive veteran knew more than him about the industry.