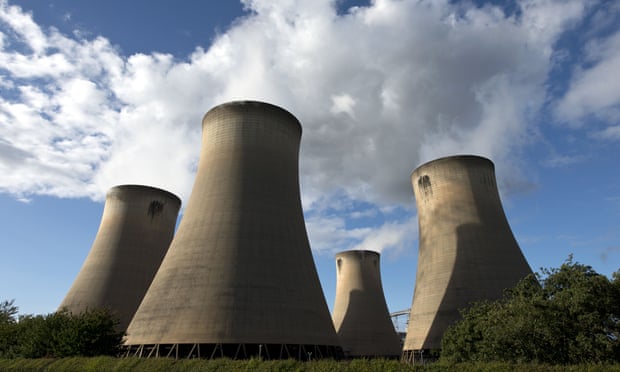 The UK will need investment worth billions of pounds every year to remove enough greenhouse gases from the air to meet its 2050 climate targets, according to a report commissioned by the government.

The report, by analysts at Vivid Economics, estimated that the UK would need as much as £20bn a year to remove up to 130m tonnes of carbon dioxide from the air.

This will be necessary in the coming decades to make up for industries such as aviation, agriculture and heavy industry as the UK works to build a net-zero carbon economy.

“Even if emissions are reduced aggressively across the economy, the UK is expected to continue to emit a significant amount of greenhouse gases annually,” the report said. “The rate of rollout will need to be rapid, particularly in the 2030s and 2040s, and will require significant policy support.”

A spokesman for the Department for Business, Energy and Industrial Strategy said: “This report presents a variety of different options for consideration, and we will look closely at its findings.

“We recognise the importance and urgency of taking action right across the economy to deliver on our world-leading net-zero target, including by developing our approach to greenhouse gas removal technology.”

On average, the report estimates that the UK may need between £1bn and £2bn a year in 2030 to remove greenhouse gas emissions from the air, rising to between £6bn and £20bn by 2050.

The cheapest options include restoring natural habits, which could absorb 5m tonnes of carbon from the air every year at a cost of between £8 and £78 a tonne.

The report even suggests supporting “enhanced weathering”, a relatively new approach to carbon removal in which fields are spread with ground-up silicate rocks, such as basalt, to increase the soil’s natural rate of carbon absorption. This could remove 15m tonnes of carbon from the air every year, but the cost of this process is uncertain at between £39 and £390 a tonne.

The analysts expect large-scale greenhouse gas removal to rely on projects that use bioenergy alongside carbon capture technology, known as BECCS, as well as projects that capture carbon directly from the air, or DACCS.

BECCS technology is being used on a small-scale at the Drax power plant in North Yorkshire, where some of the coal-burning power units have been converted to run on biomass.

Biomass is considered by the UK and EU governments to be carbon-neutral because the pellets are made from sustainably farmed trees which absorb carbon emissions while they grow.

Drax is using carbon capture technology at the power station to trap one tonne of carbon emissions a day from burning the pellets.

However, the project has attracted criticism from campaigners who question whether biomass, which Drax imports from the US, should be considered a renewable energy source. Almost 800 scientists wrote to the EU government last year to call for biomass to be stripped of its carbon-neutral status.