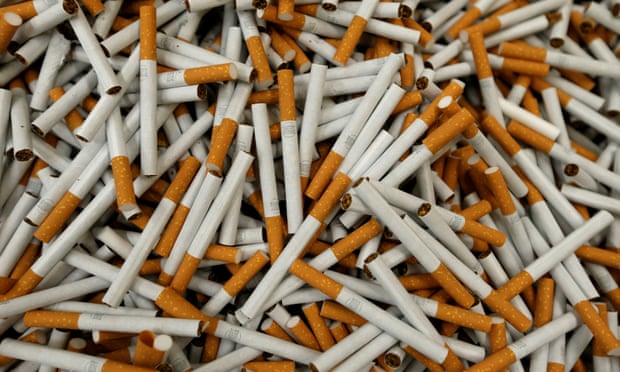 British American Tobacco is being pursued by the Dutch authorities for £902m in unpaid taxes, as the maker of Rothmans, Camel and Lucky Strike cigarettes stands accused of avoiding tax on money channelled through the Netherlands.

The claim relates to taxes the company is said to owe between 2003 and 2016 and concerns internal fees paid by Dutch subsidiaries for loans provided by its UK holding company.

BAT is one of the UK’s largest companies and is valued at around £70bn on the London stock exchange. It made a profit before tax of £8.4bn last year and employs more than 60,000 people worldwide. It paid £2.1bn in taxes last year.

The internal fees at the centre of the claim are said to have been artificially inflated in order to lower taxes due in the Netherlands. BAT disputes the claim.

De Onderzoeksredactie, a Dutch investigative journalism website that first reported the demand, said: “According to the Dutch authorities, these fees were not at arm’s length and in fact designed to avoid paying profit taxes in the Netherlands.”

The website added that the claim was “by far the largest” tax case in the Netherlands against a multinational company to date and that similar discussions are currently underway with “several multinationals about amounts of more than €100m”.

A reference to the Dutch tax claim was also published within BAT’s 2018 annual report, which was released in March of this year.

Page 211 of the report states: “The Dutch tax authority has issued a number of assessments on various issues across the years 2003 to 2016 in relation to various intra-group transactions. The assessments amount to an aggregate net liability across these periods of £902m covering tax, interest and penalties.”

A BAT spokesman said: “British American Tobacco fully complies with all applicable tax legislation in each of the 200 markets where we operate around the world and we conduct all transactions that occur between BAT group companies using the internationally recognised arm’s length principle. These transactions are fully in line with what independent parties would have paid, thus ensuring that the right amount of tax is paid.

“We strongly disagree with the Dutch tax authorities assessment and as such, we are appealing this claim.”

While the vast majority of BAT’s £24.5bn of annual revenues come from traditional cigarettes, it is currently trying to rebrand itself around new products such as vaping.

Last week the group announced plans to cut 2,300 jobs by 2020 in readiness for a shift towards non-tobacco products, a day after Donald Trump said he was considering a ban on flavoured e-cigarettes.