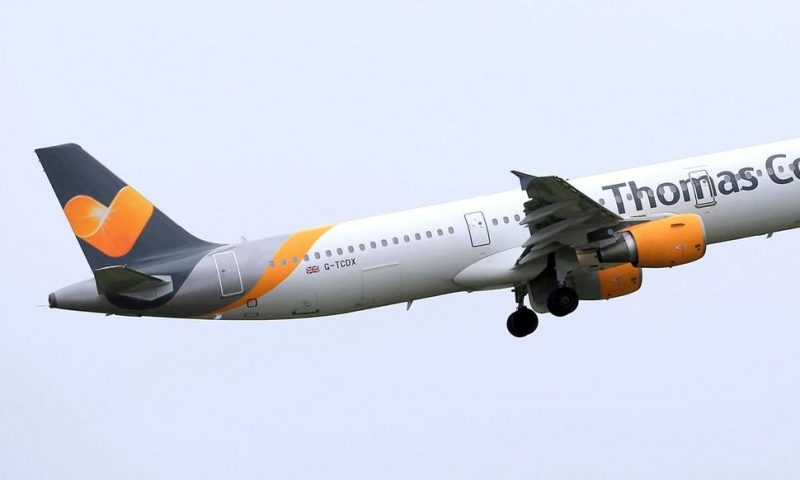 The British government is being urged to step in and prevent Thomas Cook, one of the world’s oldest and largest travel companies, from going bust.

LONDON — The British government was urged Saturday to step in and prevent Thomas Cook, one of the world’s oldest and largest travel companies, from going bust potentially within days, a development that could leave around 150,000 British holidaymakers struggling to get home.

The Transport Salaried Staffs Association, which represents workers at the debt-laden company, said the government should be ready to assist with “real financial support.”

In a letter to Business Secretary Andrea Leadsom, the union’s general secretary, Manuel Cortes, said it was “incumbent upon the government to act if required and save this iconic cornerstone of the British high street and the thousands of jobs that go with it.”

Thomas Cook confirmed Friday it was seeking 200 million pounds ($250 million) in extra funding to avoid a collapse. The tour operator said it was in talks with stakeholders such as leading Chinese shareholder Fosun to bridge a funding gap.

The money required would be a “seasonal stand-by facility” and come on top of the 900 million pounds of new capital already raised, the company said.

Any failure to raise the required capital would elicit questions about the jobs of the 22,000 staff Thomas Cook employs around the world, including 9,000 in Britain.

“The company must be rescued no matter what,” Cortes said. “No British government in its right mind would countenance the loss of so many jobs and the prospect of just one major travel operator – TUI – controlling the mass market.”

Should Thomas Cook go under, Britain’s Civil Aviation Authority would likely be ordered to launch a major repatriation operation to fly stranded vacationer home, much in the way it had to with Monarch Airlines, when it went bust nearly two years ago.

In May, Thomas Cook reported in half-year results that it had a net debt burden of 1.25 billion pounds. It said political uncertainty related to Britain’s departure from the European Union had led to softer demand for summer holidays. The company said higher fuel and hotel costs were also weighing on business.