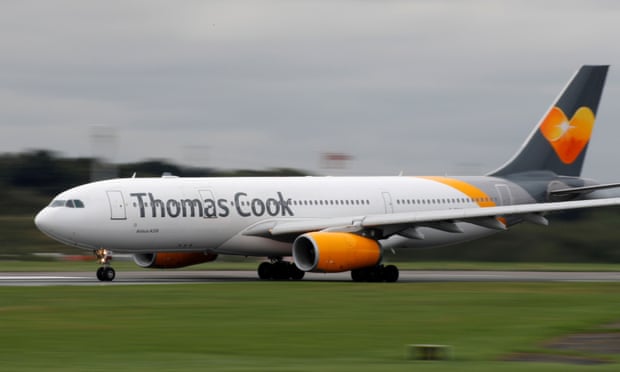 Thomas Cook has delayed a crunch creditors’ vote until next week, giving the stricken tour operator more time to smooth obstacles to a £1.1bn rescue package aimed at saving it from collapse.

Fears for the future of the the 178-year-old tour operator have been mounting, as it threatens to buckle under the weight of high debt, intense competition and one-off factors including last summer’s heatwave and Brexit uncertainty.

The company, which employs 20,000 staff, including 9,000 in the UK, succeeded on Monday with a courtroom application to put off a creditors’ vote over the terms of a £900m rescue funding injection – which could yet rise to £1.1bn – until next week.

Shares in the company slumped 10%, taking the decline in the last 12 months to 94% and leaving the entire business valued at just £69m. But they recovered slightly on news of the delay.

Earlier this year, the company agreed the terms of a debt-for-equity swap that would hand 75% of its holiday business to the Chinese conglomerate Fosun, which also owns Club Med. Banks and bondholders would take the remaining 25% of the tours arm and gain control of 75% of the airline, with Fosun owning the rest. Shareholders are being wiped out in the deal.

The injection of £900m, split 50/50 between Fosun and the lenders, would tide Thomas Cook through the traditionally barren winter period when cashflow dries up due to the lower volume of holiday bookings.

But the finer details of the rescue package – and crucially the likelihood of its success – depend on bondholders, including two hedge funds, the Mayfair-based Sona and the German investor Xaia.

Sources familiar with the discussions said bondholders had bought credit default swaps (CDS) on their loans, which act as a kind of insurance that only pays out if the bonds become worthless.

The bondholders need that to happen for their CDS payouts to be triggered and are pressing for the deal to be structured in a way that ensures they do not lose out. If they cannot get the deal restructured they could derail it, putting the future of the company at risk.

In court filings seen by Sky News last week Thomas Cook warned that it was running out of cash and needed to finalise the deal quickly. “The serious liquidity issues within the group have led to an urgent need to complete any restructuring within September,” it said.

Thomas Cook will now have a further week to iron out the details, ahead of key votes on 27 and 30 September. The rescue deal requires support from lenders holding 75% of the company’s debt.

“The company continues to target implementation of the recapitalisation in early October,” it said in a statement.

The global travel group also needs to persuade the Civil Aviation Authority (CAA) – which administers the Air Travel Organiser’s Licence (Atol) scheme covering travel companies – that it should renew its licence at the end of September for another 12 months.

An Atol offers passengers financial protection in the event an airline goes under, ensuring they are able to get home.

Sources played down suggestions over the weekend that the CAA was drawing up contingency plans to deal with the possibility of having to repatriate tens of thousands of passengers if they are stranded abroad.

Some 11 million customers will have travelled with Thomas Cook by the end of the commercially important summer season. It is estimated that there are tens of thousands of Britons currently overseas on holidays they have purchased from the company.

A spokesperson for the CAA told the Guardian: “We are in regular contact with all large Atol holders and constantly monitor company performance. We do not comment on the financial situation of the individual businesses we regulate.”

U.S. strike against GM could lead to Canadian layoffs