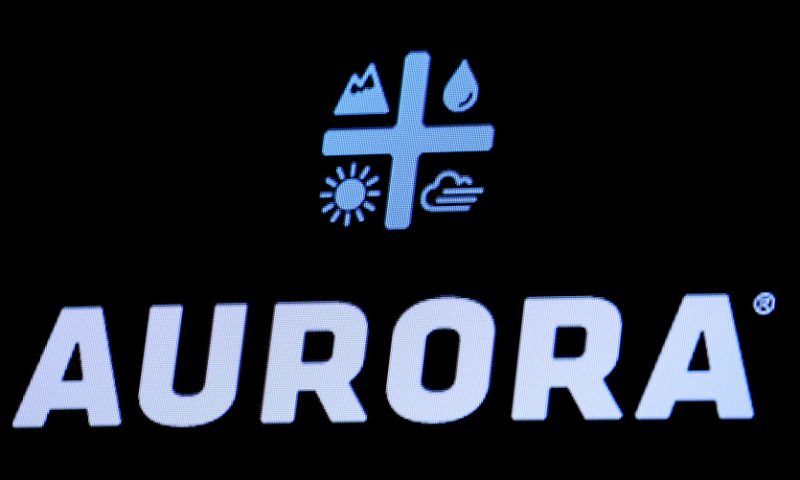 Aurora Cannabis Inc. shares tumbled Monday after Stifel Nicolaus analyst Andrew Carter told clients it was time to sell, noting that though the headlines of the Canada-based cannabis company’s latest quarterly report were bad, the details of the results were even worse.

Carter downgraded Aurora’s stock to sell, a little more than three months after initiating coverage with a hold rating. He slashed his price target on the Canada-listed stock to C$5 — 31% below current levels — from C$7.

Stifel’s Carter helped weigh on the stock immediately after the results by saying he believed the stock would remain under pressure given expectations that it would need to access the capital markets for a “significant ask” to fund its aggressive growth plans.

But Carter said on Monday that Aurora’s efforts to tap the capital markets will be “challenged” given the “overwhelmingly negative investor sentiment” towards the cannabis sector, damaged credibility and limited near-term catalysts to drive investor enthusiasm.

’The headlines were bad, the details were worse’

In a note titled “The headlines were bad, the details were worse: Downgrade to sell” on Monday, Carter said the fourth-quarter results point to a “less robust in-market performance” and difficulty to continue positioning for the larger global opportunity.

“Our outlook suggests significant downside potential for the shares of Aurora over the near term, given it will be difficult for the company to continue positioning for the larger global opportunity within the confines of significant financing risk that could challenge the company’s ability to fully embrace the level of investment needed to be a leader not only in the global cannabis category but also in Canada,” Carter wrote.

He said he believes the company will remain challenged until it can attract an investment from a consumer partner.

Carter said Aurora will likely have trouble competing with rivals Canopy Growth and Cronos in the global cannabis market until it can tout a partnership with a well-established and vested consumer partner. While those partnerships helped provide significant capital “de-risking” for Canopy Growth and Cronos, the risk has increased for Aurora given the recent volatility in the equity markets and uncertainty over Aurora’s willingness and ability to attract a partner.

“Aurora has given mixed commentary on pursuing partnerships, but we believe the company will be required to continue pursuing an independent path with global consumer companies likely taking a wait-and-see approach to the sector with less incentive to partner with a Canadian L.P.,” Carter wrote.