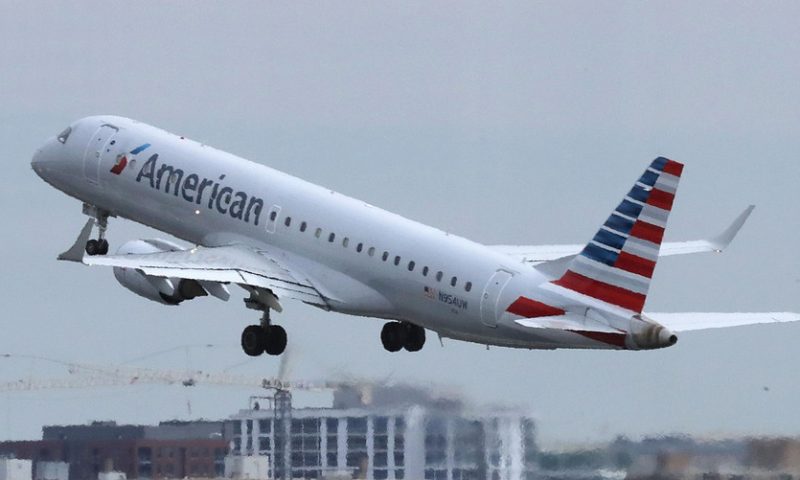 American Airlines’ stock AAL, -7.28% tumbled 6.5% in active trading to pace its peer group, putting it on track for the first decline in 10 sessions. The nine-session win streak through Friday was the longest such stretch since the 10-day streak ending June 4, 2014.

Meanwhile, October crude-oil futures CLV19, -0.92% shot up 14%, putting them on course for the biggest one-day gain since January 2019, after an attack on major crude facilities in Saudi Arabia over the weekend.

“The airlines will not be able to quickly absorb the spike in oil prices,” wrote analyst Helane Becker at Cowen, in a note to clients. “American will likely be most affected as they are the largest consumer of jet fuel in the world.”

Becker said airlines have moved away from hedging oil over the past few years, as they now prefer to price their products to reflect current conditions, which helps improve margins. And of the airlines that still hedge, they prefer to use options that allows them to benefit from declining fuel prices but limits the benefit when fuel spikes, Becker wrote.

Among the companies that continue to hedge jet fuel prices are Delta, Southwest, Alaska and Hawaiian, she said.

“If the recent spike in oil prices were to be sustained or if oil continued to move higher from here, airlines will look to aggressively raise fares,” Becker wrote. “If the airlines are unable to raise prices to offset rising jet fuel costs, they will likely adjust capacity lower by eliminating some frequencies or remove underperforming routes.”

If prices remain near current levels, Becker expects only a “modest” impact to third-quarter results, given that the price spike occurred late in the quarter, but the impact will be “more material” to fourth-quarter results and beyond.

The NYSE Arca Airline Index, which is headed for the first lost in nine sessions, has now gained 8.8% year to date, while the Dow transports has rallied 17% and the Dow Jones Industrial Average DJIA, -0.52% has advanced 16%.

US Factory Production Rose at Healthy Pace in August