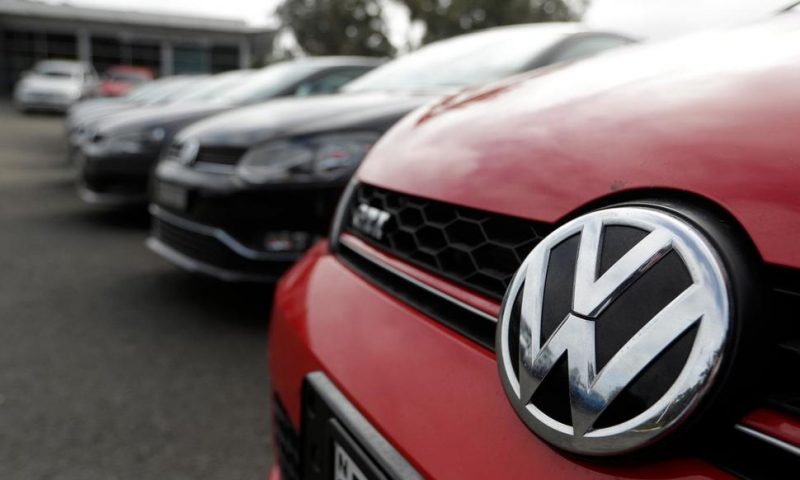 Volkswagen and a law firm say the German automaker has agreed to settle an Australian class action stemming from its diesel emissions scandal.

CANBERRA, Australia — Volkswagen has agreed to pay up to 127 million Australian dollars ($87 million) to settle an Australian class action stemming from the 2015 diesel emissions scandal, the German automaker and a lawyer said Monday.

The settlement was announced in the Federal Court in Sydney by law firm Maurice Blackburn and has yet to be approved by a judge.

Volkswagen will pay between AU$87 million and AU$127 million, depending on how many owners of the affected 100,000 Volkswagen, Audi and Skoda diesel vehicles sold in Australia join the class action, the firm’s principal lawyer Julian Schimmel said.

Volkswagen said in a statement that it made no admission of liability in the settlement. Volkswagen has also agreed to pay the plaintiffs’ legal costs, which have yet to be assessed.

Volkswagen has paid 30 billion euros ($33.5 billion) in fines and civil settlements around the world after it was revealed that the world’s largest automaker after Toyota installed software on diesel vehicles to cheat on emissions tests.

Volkswagen announced in May it had set aside 1 billion euros ($1.1 billion) for legal risks related to the diesel scandal.

Plaintiff Alister Dalton, a Volkswagen owner, said a good settlement had been reached “I think everyone should be happy with how it’s all progressed and what the outcome is,” Dalton told reporters.

Robyn Richardson, another plaintiff who owns an Audi, said she was relieved. “It’s been a long road. It’s been a winding road. There have been peaks and troughs in terms of the work and the demands on the legal team,” Richardson said.

Volkswagen said another settlement was close to being finalized with the Australian Competition and Consumer Commission, the competition and trade law watchdog. Details of that settlement remain confidential.

“Volkswagen views the in-principle settlements as a further step toward overcoming the diesel issue,” the statement said.

Purdue Pharma Files for Bankruptcy as Part of Settlement