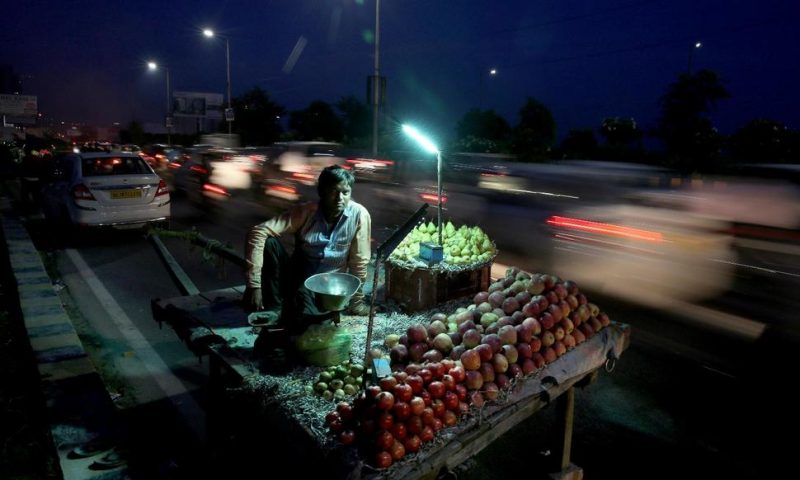 NEW DELHI — Anuj Kapoor took over his father’s booming auto parts business in 2012, hoping to elevate the company from selling to suppliers to selling directly to carmakers.

Seven years later, he’s had to lay off half his workers as drooping sales caused his profit to plummet by at least 80%.

Confidence in the Indian economy is giving way to uncertainty as growth in the labor-intensive manufacturing sector has come to a near standstill, braking to 0.6% in the last quarter from 12.1% in the same period a year earlier.

The economy grew at its slowest annual pace in six years in April-June, 5%. Many economists believe Prime Minister Narendra Modi’s signature economic policies are at least partly to blame.

A surprise demonetization in 2016 and the hasty rollout of a goods and services tax were dire blows to manufacturing, especially the auto industry. The fourth largest in the world, it’s a pillar of the Indian economy, contributing 7.5% to the country’s GDP.

The industry employs almost 37 million people and is on its way to shedding as many as a million jobs in the months ahead because of declining sales, according to the Auto Component Manufacturers Association of India.

Car deliveries in August dropped 41% from a year earlier, truck and bus sales fell 39% and motorcycle sales, a key indicator of the health of the economy in rural India, sank 22%.

“This is a trickle-down impact of the slowdown,” said the association’s director general Vinnie Mehta.

No segment of the industry has been spared. India’s biggest carmaker, Maruti, has laid off 3,000 temporary employees and shut down two of its plants for two days.

The 15 workers in Kapoor’s plant in a Delhi suburb make clutch buttons used in heavy duty trucks and tractors.

The first hit came in November 2016, when Modi decided to pull 86% of cash out of circulation to undermine black markets. At the time, nearly all transactions in India were conducted in cash. Seven months later, Modi’s government introduced a GST, goods and services tax, forcing small businesses like Kapoor’s to quickly digitize their payment systems.

Mid-size and small businesses, the backbone of much of India’s economy, are still suffering from the combined consequences of both reforms, economists say.

India’s unemployment rate was 3.4% when the GST was introduced in July 2017. As of the end of August, it was 8.4%, according to the Centre for Monitoring the Indian Economy, a Mumbai-based research firm.

“The auto components market still functions without any billing system and more than 50% of our market is still cash-driven,” said Kapoor. “How do we file tax returns when sellers don’t give us any bills?”

The sudden demonetization was the “biggest policy mistake of independent India,” says Jayati Ghosh, an economist at Jawaharlal Nehru University in Delhi. It drastically reduced consumption — the bedrock of India’s economy — “because people had no cash to pay.”

Measures of consumer confidence have weakened amid growing pessimism over jobs and the economy in general.

“Demonetization pulled the rug under the feet of India’s cash economy and the informal sector was the worst hit. The much-hyped reform triggered the current economic slowdown,” said Dr. Pronab Sen, India’s former chief economic adviser and the director of the India program at the London School of Economics’ International Growth Center.

Instead of improving government finances, the GST and demonetization have undermined India’s financial stability.

To counter that, in August the Reserve Bank of India transferred $24 billion to the cash-starved government to help support stimulus measures, prompting criticism from opposition parties that it compromised the central bank’s autonomy.

“We are conscious that we need to respond,” she said.

Even getting a clear picture of the overall economy is a challenge for policymakers given the huge size of India’s informal economy of day laborers and small businesses.

For workers with no guarantee of a paycheck or other protections, the slowdown can mean just going hungry. Such troubles were evident on a recent morning at a worker pickup area about 25 kilometers (15 miles) east of Delhi.

Mohammad Shamshad, a day laborer who moved his wife and three children from the northeastern region of Uttar Pradesh to the Delhi region a decade ago, says he used to make nearly $200 a month — enough to feed his family and pay for schooling.

Now, he spends more time standing on a corner waiting for jobs than he does working, and averages less than half that amount.

“There is work for a day or two, and then nothing for the next five days,” he said. “Some days we have to sleep (on an) empty stomach.”