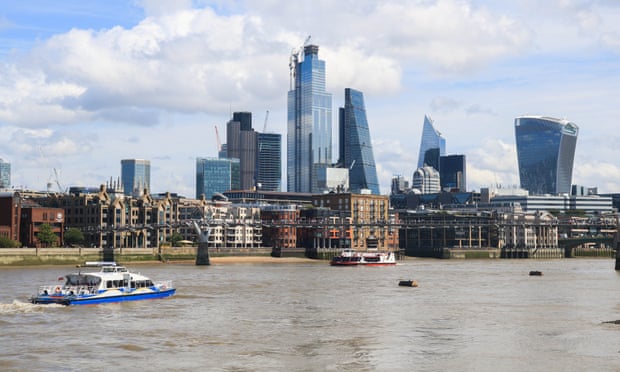 Business spending due to decline by 1.5% this year, fuelled by Brexit uncertainty

Brexit uncertainty and a global economic slowdown amid the US-China trade war has set Britain on course for the most prolonged slump in business investment in 17 years, according to the British Chambers of Commerce (BCC).

Setting Britain on course for weaker economic growth in future, the lobby group said business spending in the UK was due to decline by 1.5% in 2019 and by 0.1% next year as companies put their investment plans on ice amid the global political turmoil.

Paving the way for the longest period of annual declines in business investment since the turn of the millennium – when the dotcom bubble burst to drag down investment around the world – the BCC said investment in the UK was due to fall for three years in a row.

The length of the downturn was already poised to exceed the slump after the 2008 financial crisis, when business investment fell by a greater degree but only for two years.

The business lobby group warned that relentless Brexit uncertainty was preventing firms from investing and diverting resources into no-deal planning. Those funds might have otherwise been spent on improving economic productivity or developing new products in the UK.

Separately, the Institute of Directors (IoD) has called on the UK and EU to compromise to chart a way forward on Brexit while urging both to improve no-deal planning efforts. The institute has published survey about the “impossible situation” facing business leaders.

A clear majority of IoD members have repeatedly expressed concern that a disorderly Brexit would damage their organisations. Faced with choosing between this and a further article 50 extension, respondents to a summer poll of 950 business leaders were slightly more considered, however.

A slim overall majority (51%) said no deal would be more negative for their organisation, though this was significantly above the 32% who believed further delay could have a worse impact.

With no deal still a possibility, the IoD is calling for targeted financial assistance to help small firms’ Brexit preparations. Its analysis underlined that directors of smaller organisations were less likely to feel fully prepared than their larger counterparts.

The political turmoil in Britain comes as global economic growth slows as Donald Trump levies import tariffs on Chinese goods shipped to the US. This has sent world trade volumes tumbling and affect manufacturing output. The rise of protectionism has had an impact in Britain, where the situation has been exacerbated by Brexit.

Despite mounting risks to the economy posed by Brexit, the BCC continued to forecast the UK would reach a deal with the EU that would include a smooth transition to a new trading relationship.

However, the scale of the disruption for businesses meant economic growth in 2019 and 2020 is on track to be the lowest since the financial crisis.

Downgrading its forecasts for the British economy, even if a deal can be struck, the lobby group said GDP would expand by 1.2% this year. This is down from a previous forecast of 1.3%, and by 0.8% in 2020, down from an expectation of 1% growth.

Suren Thiru, the head of economics at the BCC, said: “We’re seeing the economic costs of the ongoing Brexit stalemate alongside that backdrop of weaker global economic conditions. Businesses have had to switch plans and enact their no-deal planning – that’s going to have a hangover effect into next year.

“Given the current low growth trajectory, if you had a significant shock for the economy on top of that, that dramatically increases the probability of a recession.”

Volkswagen to Pay up to $87 Million in Australia for Scandal