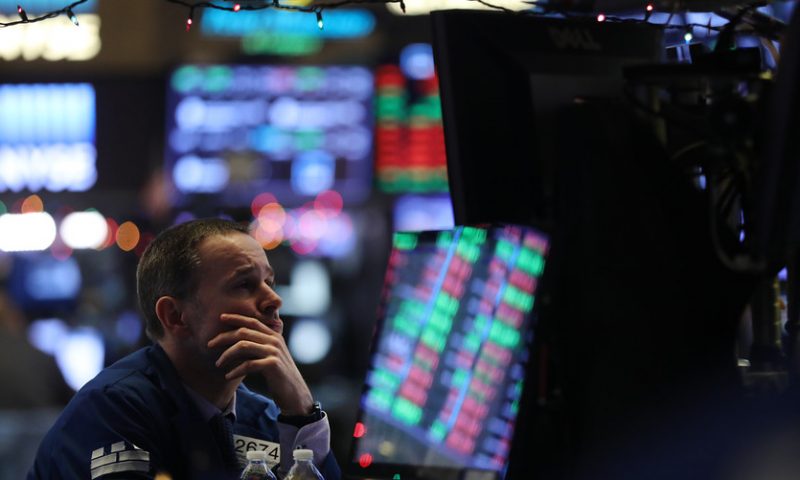 ‘Outside of trade talks, there is nothing more relevant than the Fed,’ says Peter Boockvar

What’s left for the Federal Reserve to do at its interest rate-setting meeting this coming week now that the U.S.’s main stock indexes on the cusp of records again ?

Financial markets are expecting a quarter-of-a-percentage point cut to a 1.75%-2.0% range from 2.0%-2.25% in the benchmark federal funds rate for interbank lending when the meeting concludes on Wednesday Sept. 18

Investors on Friday were betting on a 78.5% chance of 25-basis-point cut to rates, according to CME Group data tracking federal-funds futures. However, that is down from 90% a week ago and near the lowest reading in a month, and the indicator showed no chance of a half-point cut in the coming week, down from a 20% chance a month ago.

Of course, that is not to say that the rate-setting Federal Open Market Committee won’t reduce rates as expected but it perhaps reflects some easing of market concerns that more should be expected from U.S. policy makers.

A ferocious selloff in U.S. government bonds, raising yields sharply, over the past week certainly suggests that investors are dialing back fears of an imminent recession and any further escalation in trade-war hostilities between the U.S. and China, and are lightening up on investments perceived as safe-havens.

On Friday, the 10-year Treasury note prices tumbled and yields TMUBMUSD10Y, +0.00% surged a blistering 11.2 basis points to a six-week high of 1.901%, pushing its weekly rise to 35 basis points, representing the worst weekly selloff for the benchmark bond since June 2013. The 2-year note rate TMUBMUSD02Y, +0.00%, meanwhile, saw its sharpest such move since June 2009.

And the gap between the 10-year Treasury and that of that 2-year note has widened, further normalizing the yield curve, after the short-dated bond yield drifted above that of its longer-dated counterpart, in a condition known as a yield-curve inversion—widely viewed as an accurate recession indicator.

Peter Boockvar, chief investment officer of Bleakley Advisory Group, told MarketWatch that the yield moves and recent data should limit the market’s expectations for the Fed but he also believes that there are limits to what the central bank can do.

“With the possibility of a trade deal and the 11 year high in core CPI, Powell may again talk about a mid course adjustment with regards to rates. Markets might not like that,” he said.

Indeed, the Fed has often cited stubbornly low inflation, below the central bank’s target of 2%, as one reason for its rate-cut policy. However, measures of inflation are perking up.

Core consumer-price index rose 2.4%, matching a 13-month high. The last time the core rate of inflation was higher was in 2008.

Meanwhile last week, the European Central Bank implied that it would do “whatever it takes,” to invigorate the eurozone economy as it unfurled an array of stimulus measures but the central bank’s outgoing president, Mario Draghi, said that monetary policy may not be sufficient to get the job done.

“We are entering the phase where central bankers are no longer sure that more extraordinary policy is helpful. It might even be harmful. In the next 2 years, the growth baton will either be passed – or dropped,” he told MarketWatch.

“The broader issue is that central banks are reaching a tipping point – as illustrated by ECB [Thursday]. Central banks will remain accommodative, but this can only provide the backdrop for structural reform and fiscal policy measures. At this level of interest rates, bankers are clearly pushing on the string.,” he said.

The Fed’s actions and Powell’s news conference on Wednesday may determine whether stocks hit fresh records or swoon again as they did in the fourth quarter last year.