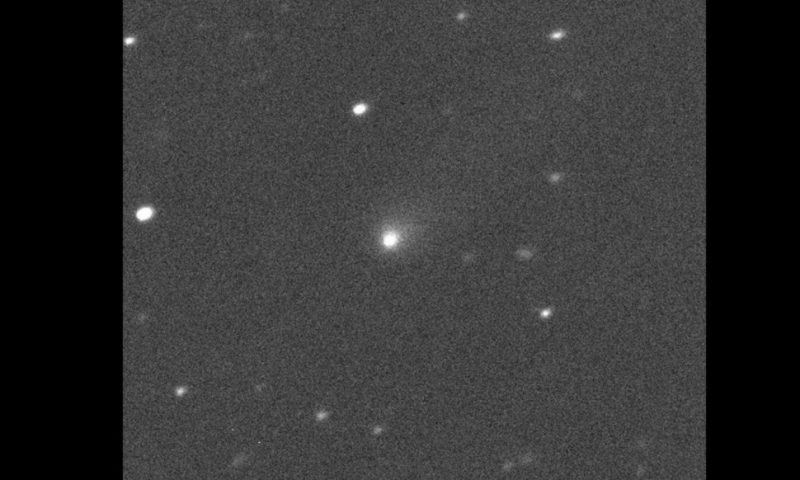 If confirmed, it would be the second recorded object to enter our solar system from elsewhere in the universe.

ASTRONOMERS MAY HAVE spotted an interstellar object headed toward our solar system almost two years after they reported the first known one, Oumuamua.

While the object’s origin hasn’t officially been confirmed, astronomers will get a closer look at it when it enters the inner section of the solar system on Oct. 26. For now, researchers believe it is a comet.

“We are now working on getting more observations of this unusual object,” Marco Micheli of the European Space Agency’s Near-Earth Object Coordination Center said in a blog post. “We need to wait a few days to really pin down its origin with observations that will either prove the current thesis that it is interstellar, or perhaps drastically change our understanding.”

It was discovered on Aug. 30 by Gennady Borisov of the Crimean Astrophysical Observatory. Since then, other astronomers like Micheli have confirmed its existence.

The comet, which is traveling at 93,000 mph, is following a trajectory that doesn’t orbit the sun, so researchers believe it could have come from beyond the solar system.

“The high velocity indicates not only that the object likely originated from outside our solar system, but also that it will leave and head back to interstellar space,” Davide Farnocchia of NASA said in a statement.

Researchers believe the comet is between 1.2 and 10 miles in diameter. Astronomers will be watching it closely, as the first interstellar object observed in our solar system, Oumuamua, came as a surprise in 2017. The cigar-shaped comet, which came within 15 million miles of Earth, was recently confirmed to not be alien in origin.