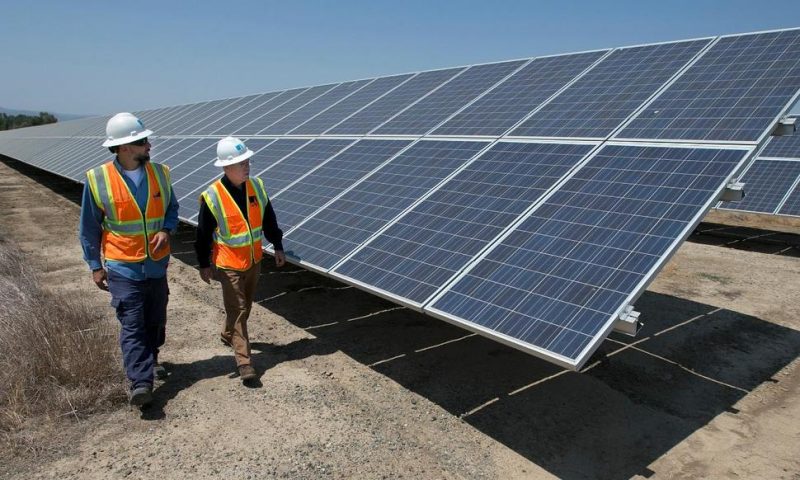 US wholesale prices edge up slight 0.1% in August as energy prices fall sharply.

WASHINGTON — U.S. wholesale prices edged up a slight 0.1% in August as energy prices took a big plunge, a further sign that inflation is remaining tame.

The Labor Department said Wednesday that the gain in its producer price index, which measures inflation pressures before they reach the consumer, followed a modest 0.2% rise in July. Core inflation, which excludes food and energy, rose a stronger 0.3%.

After bigger gains in April and May, driven by a surge in energy costs, wholesale inflation has returned in the past four months to the tiny increases seen during much of this record-long economic expansion, now in its 11th year.

Given the low inflation, the Federal Reserve is expected to cut its key interest rate for a second time this year at next week’s meeting.

In a tweet Wednesday, President Donald Trump kept up his attacks on the Fed, saying the country is missing out economically because “Boneheads” at the central bank won’t lower interest rates fast enough.

In his tweet, Trump argued that the Fed should go much further and reduce rates to zero. The Fed’s policy rate is currently in a range of 2% to 2.25%.

Trump tweeted , “It is only the naïveté of Jay Powell and the Federal Reserve that doesn’t allow us to do what other countries are already doing. A once in a lifetime opportunity that we are missing because of “Boneheads.”

When it reduced rates in July, the Fed said it was doing so because of the uncertainties generated by Trump’s trade policies, slower global growth and the failure of inflation to rise to the central bank’s 2% target.

The report on wholesale prices showed that energy costs fell a sharp 2.5% in August and food costs were down 0.6%.