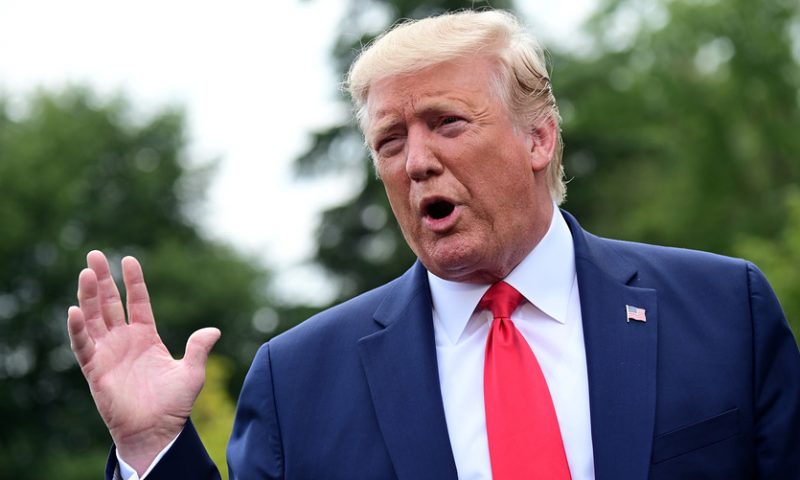 President says move is ‘gesture of good will’

U..S stock futures rose late Wednesday immediately following President Donald Trump’s announcement that he will delay implementing higher tariffs on $250 billion of Chinese goods for two weeks as a “gesture of good will.”

Trump said he’s putting off the tariff hikes at the request of China’s top trade negotiator, Liu He, and “due to the fact that the People’s Republic of China will be celebrating their 70th Anniversary on October 1st.”

U.S. and Chinese trade negotiators will reportedly meet in early October, and the delay could be seen as a sign of goodwill before the talks. Earlier in the day China said it plans to exempt 16 U.S. products from an upcoming round of its own tariff hikes, scheduled to take effect Sept. 17. Those include seafood products and cancer drugs, according to reports.

The latest olive branch from China “suggest[s] a least on the surface a willingness to end or at least de-escalate the U.S.-China trade hostilities,” Stephen Innes, Asia-Pacific market strategist at AxiTrader, wrote in a note Wednesday. In turn, he said Trump is “offering a significant goodwill gesture that he too is willing to negotiate to put an end to this trade war spat.”