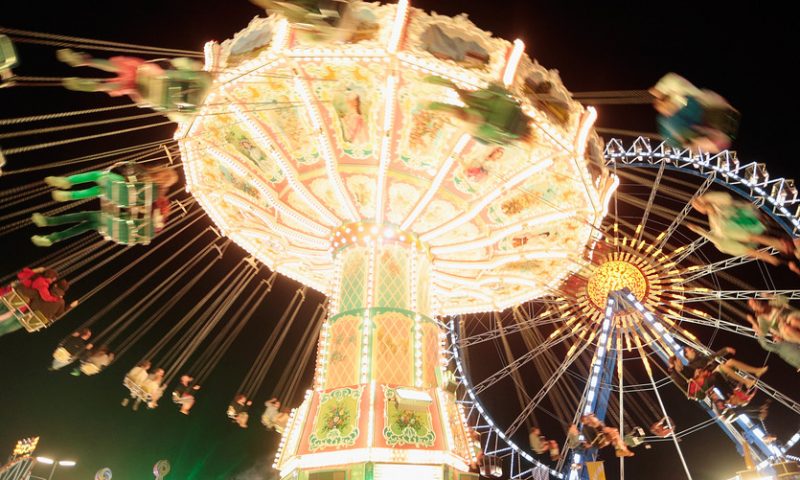 The Dow notched its sixth-straight gain, while the S&P 500 closed higher for the fifth time in six sessions. The Nasdaq snapped a three-day losing streak.

Wednesday’s action leaves the Dow and S&P just 0.8% from their record closes, while the Nasdaq remains 1.9% from its all-time closing high.

Momentum strategies focus on buying shares that have previously gained and have offered outsize returns for much of the current bull market, while value shares have lagged behind.

“From a technical perspective, the rally in small-caps is the most important development of the week, so far, as the Russell 2000 hit a five-week high outperforming its large-cap peers,” said Ken Berman, strategist at Gorilla Trades, in a note.

The Russell 2000 has lagged behind the broader market for several months and remains more than 10% below its all-time high despite a recovery over the past couple of weeks, he said, noting that this weeks’ move has seen it move back above both its 50- and 200-day moving averages — viewed as measures of short and longer-term momentum, respectively — for the first time since late-July. If the Russell remains “relatively strong,” major indexes could be on track for a round of all-time highs, he said.

Meanwhile, U.S. Treasury prices remained under pressure Wednesday, driving up yields, after an August rally. The rebound in yields reflected easing worries over the U.S.-China trade battle, at least for now, as officials from both countries prepare for renewed talks. Potentially boosting sentiment Wednesday was a Chinese decision to exempt some products from retaliatory import tariffs announced in August.

Investors are also looking for the European Central Bank to deliver an interest rate cut and potentially other measures when policy makers meet Thursday, while the Federal Reserve is expected to deliver another rate cut when it meets next week.

President Trump renewed his calls for the Federal Reserve to aggressively cut interest rates, arguing that the Fed Funds rate should be cut “to zero or less.”

U.S. wholesale price rises accelerated slightly in August, with the producer price index rising 0.1%, versus a flat reading expected by economists polled by MarketWatch. Wholesale price growth rose year-over-year at a 1.8% rate, versus a 1.7% advance in July.

Wholesale inventories rose 0.2% in July, while the ratio of inventories to sales, or the number of months needed to sell remained steady at 1.36 compared to June, though it is up from 1.27 one year ago.

Shares of GameStop Corp. GME, -9.82%  tumbled 9.8% after the video-game retailer reported a second-quarter loss of more than $400 million Thursday evening, driven largely by a $363.9 million goodwill impairment charge, while missing expectations for earnings and sales when excluding the one-time cost.

Amazon.com Inc. AMZN, +0.13%  shares were in focus Wednesday, after a report that the FTC is investigating Amazon’s third-party seller marketplace to determine whether it is using its market power to harm competition. Shares rose 0.1%.

Shares of ride hailing companies Uber Technologies Inc. UBER, +1.46% and Lyft Inc. LYFT, +2.38%  were in focus Wednesday after the California Senate passed a bill that would likely force the companies to classify their drivers as employees, rather than contractors. The bill is expected to be soon signed into law by Gov. Gavin Newsom. Uber shares rose 1.5% and Lyft shares added 2.4%

In commodities markets, the price crude oil CLV19, +0.84%  fell 2.5% to $55.96 a barrel, on weekly data showing a drop in U.S. inventories amid reports that Trump discussed easing of sanctions on Iran in a move to secure a meeting with Iranian president Hassan Rouhani later this month.