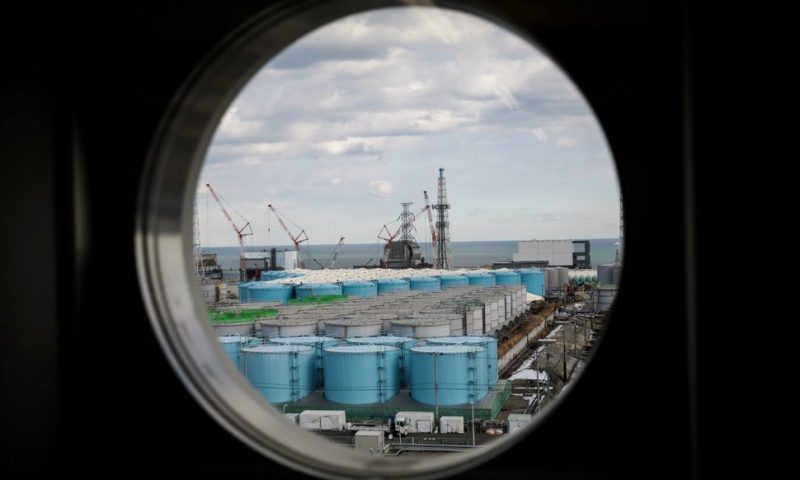 The country is running out of room to store contaminated water from the crippled Fukushima nuclear plant.

RADIOACTIVE WATER FROM Japan’s destroyed Fukushima nuclear power plant may have to be dumped into the ocean, the country’s energy minister reportedly said Tuesday, igniting concern and anger from nuclear safety experts and Japan’s neighbors in the region.

The electric utility overseeing the crippled power plant, Tokyo Electric Power Company, or Tepco, is running out of room to store the contaminated water, the minister, Yoshiaki Harada, said at a news conference. The water has built to a stockpile of more than 1 million metric tons, taken from cooling pipes being used to keep the plant’s fuel cores from melting.

The plant, about 160 miles north of Tokyo, was devastated by an earthquake and subsequent tsunami in 2011. The incidents sparked three reactor meltdowns, a release of radiation, and the evacuation of more than 150,000 people from around the plant in what’s been declared the world’s worst nuclear disaster since the explosion at the Chernobyl nuclear plant in Ukraine in 1986.

The Japanese government only last year acknowledged that a worker at Fukushima, who died of lung cancer in 2016, contracted the illness from his exposure to high levels of radiation at the plant, making him the first and only official radiation-related fatality there. Hundreds more people are estimated to have died as a result of the evacuations following the disaster.

Tepco has said that it will run out of room to store contaminated water from the Fukushima plant in as soon as three years. A government panel is expected to offer its recommendations in the coming months.[

However, the energy minister on Tuesday said that the country had few alternatives.

“The only option will be to drain it into the sea and dilute it,” Harada said. “The whole of the government will discuss this, but I would like to offer my simple opinion.”

Other senior officials in the Japanese government seemed to tamp down Harada’s remarks. The chief cabinet secretary reportedly later described the minister’s statements as “his personal opinion.”

“We’re just hoping to hear more details of the discussions that are under way in Tokyo so that there won’t be a surprise announcement,” a South Korean diplomat told Reuters. The country’s foreign ministry said in a statement that it expected Japan “to take a wise and prudent decision on the issue.”

Apple Rolls Out New Streaming TV Service for $5 a Month