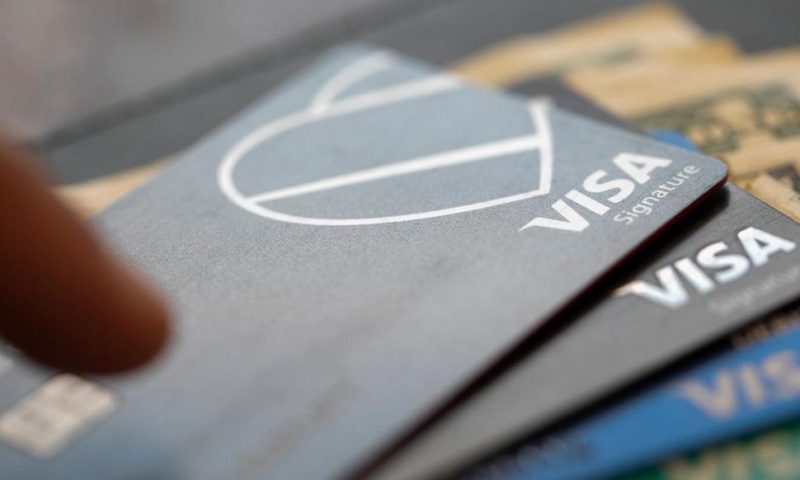 US consumer borrowing posts big $23.3 billion gain in July, helped by jump in credit card use.

WASHINGTON — Consumer borrowing surged in July at its fastest pace since late 2017, driven by a big jump credit card use.

Consumer borrowing increased by $23.3 billion in July after a $13.8 billion advance in June, the Federal Reserve reported Monday. It was the biggest monthly gain since a $29.9 billion jump in November 2017.

The large July gain was led by a sizable increase in borrowing in the category covering credit cards, which rose by $10 billion in July after having fallen by $186 million in June.

Borrowing in the category that covers auto and student loans also posted a sizable gain, rising by $13.3 billion in July following a $14 billion June increase.

Consumer borrowing is closely watched for signs it provides about consumer spending.

The economy has encountered headwinds this year in areas such as manufacturing and export sales, reflecting uncertainties caused by President Donald Trump’s trade war with China and a slowing global economy.

But those adverse shocks have been cushioned by strength in consumer spending, which accelerated in the spring to the fastest pace in five years after a weak start to 2019. Consumer spending accounts for about 70% of U.S. economic activity.

Economists are looking for household spending to continue to be solid for the rest of this year, helped by rising wages and the lowest unemployment rate in nearly a half century.

The overall economy, as measured by the gross domestic product, grew at a 3.1% rate in the first quarter, reflecting some special factors, but slowed to growth of 2% in the April-June quarter. Economists are forecasting GDP growth will average around 2% in the second half of this year.

The July increase pushed total consumer credit to a record $4.1 trillion. The Fed’s monthly credit report does not cover mortgages or any other debt secured by real estate such as home equity loans.

Asian Shares Mixed as Investors Look Ahead to Rate Decisions