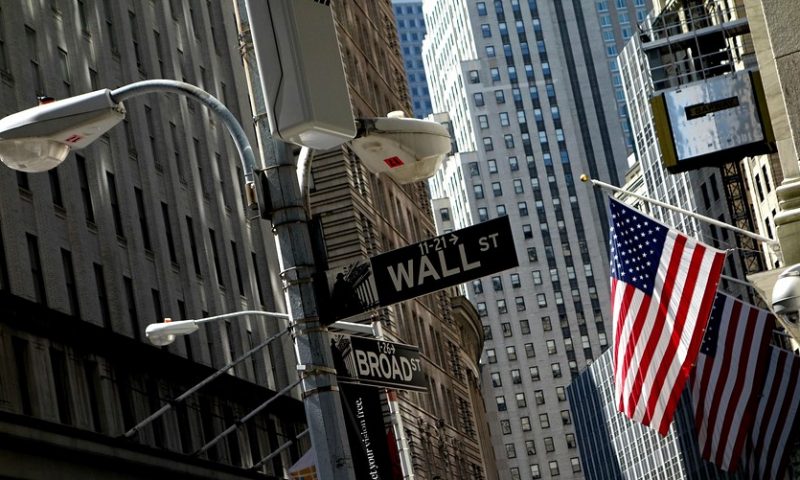 The Dow booked its fourth gain in a row on Monday but the broader market notched slight losses as investors looked ahead to European Central Bank and the Federal Reserve monetary policy moves, with both central banks expected to reveal easier-money initiatives in coming days amid mixed global economic data and an uncertain future for U.S.-China trade relations.

“There’s a belief that there will be a meeting [between the U.S. and China] sometime in October, though we don’t have a date or agenda yet,” Randy Frederick, vice president of trading and derivatives at the Schwab Center for Financial Research told MarketWatch.

“It’s a fairly thin proposition,” Frederick said, adding that given the apparent differences in negotiating positions between the U.S. and China, “I’m having a difficult time imagining a real trade agreement.”

He said that while hopes for further monetary stimulus may be boosting confidence among some investors, but “the fact that we’re this close to an all time high puts us in a dangerous situation and makes the market vulnerable to a pullback.”

The European Central Bank is widely expected to deliver a further rate cut, pushing its deposit rate further into negative territory, when policy makers meet Thursday. The ECB may also move to restart a bond-buying program it ended in December as it responds to a slowing economy and stubbornly below-target inflation.

Expectations for more stimulus were high even as German exports unexpectedly rose in July, following a run of downbeat economic data out of Europe’s largest economy.

Last week’s renewed trade optimism appeared to spill over to Monday, following a report over the weekend that Chinese officials had offered to buy agricultural goods in exchange for concessions related to Huawei Technologies Co. or a delay of tariffs set to go into effect in October and December.

U.S. Treasury Secretary Steven Mnuchin said Monday on Fox Business Network that China’s decision to meet for talks next month is a sign of “good faith,’ but that the administration is willing to continue with its tariff policy unless a good deal for U.S. companies and workers can be struck.

On the economic data front, a report on consumer borrowing showed a pickup in July, with borrowing rising at the fastest rate in almost two years, according to Fed data released Monday. Total consumer credit increased $23.3 billion. That’s an annual growth rate of 6.8%, up from a 4.1% rate in the prior month, representing the fastest pace since November 2017.

Shares of Dow component AT&T Inc. T, +1.49%  rose 1.5% Monday, after shareholder Elliott Management sent a letter to the company board outlining what it described as a “value-creation opportunity” it says could increase the telecommunication giant’s stock price by 65%.

Shares of Alcoa Corp. AA, +6.23%  were in focus after the bauxite-and-aluminum manufacturer announced a restructuring that will “eliminate its business-unit structure and consolidate sales, procurement and other commercial capabilities at an enterprise level,” according to a statement. The company’s stock rose 6.2% Monday.

Shares of Amgen Inc. AMGN, -2.59%  fell 2.6% after the biotechnology firm released results from a Phase 1 study of new cancer drug that disappointed investors.

Shares of Fannie Mae FNMA, +42.80% and Freddie Mac FMCC, +42.80%  both rallied by more than 43%, after Mnuchin said on Fox Business that an agreement between the Treasury and the Federal Housing Finance Agency soon that ends a policy requiring the company’s profits to be retained by the Treasury.