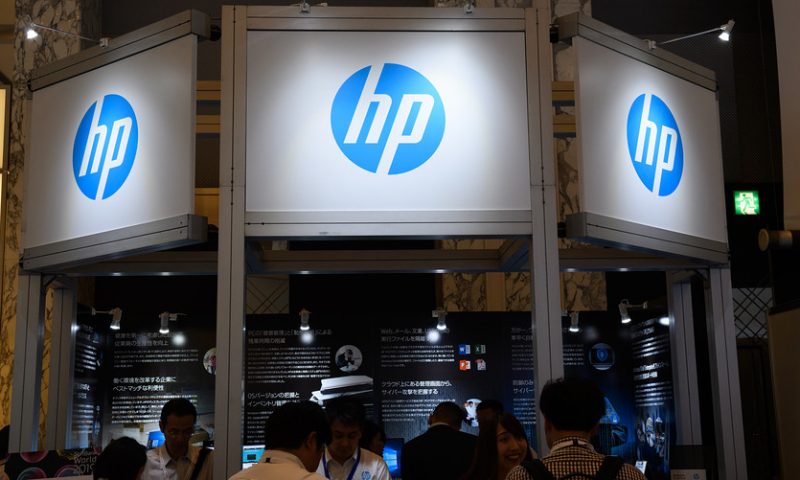 HP Inc. has a new CEO with an old familiar face.

Longtime HP veteran Enrique Lores, who runs the $20 billion printer business, is succeeding Dion Weisler effective Nov. 1. Weisler, who was named CEO in late 2014 after the computing behemoth was split into two companies, is returning to Australia for a “family health matter.” He will remain on the company’s board.

The change at the top, announced as part of HP’s HPQ, -0.16% third-quarter results Thursday, sent the company’s shares down 6.3% to $17.74 in extended trading. They are currently hovering near a 52-week low.

Lores, a native of Spain who started his 30-year career as an intern, vowed to “simplify” and “evolve” the company’s business model during a conference call with analysts following the earnings release.

The Palo Alto, Calif.-based company reported mixed results. It rang up non-GAAP earnings of 58 cents a share on flat revenue of $14.6 billion. Analysts surveyed by FactSet had estimated net income of 55 cents a share on revenue of $14.62 billion. HP shares are down 7.6% this year. In comparison, the S&P 500 index SPX, -0.05% has gained 16.6% this year.

The executive change comes amid wrenching changes — and turmoil — in the PC market, raising the question of where the market is headed for the rest of the year.

HP benefited from a jump in global PC shipments during the quarter after two straight quarterly declines. Gartner Inc. said PC sales rose 1.5% in the quarter to 63 million, as manufacturers got better access to chips from Intel Corp. INTC, -0.78% and moved products out of China before tariffs hit. HP’s Personal Systems net revenue improved 3% year-over-year.

That has prompted analysts such as AB Bernstein’s Toni Sacconaghi to focus on the impact of newly-announced 10% tariffs on all Chinese exports that begin Sept. 1. “The latest round will likely affect HP Inc.’s laptop business within the U.S., which accounts for about 13% of revenue,” he said in an Aug. 13 note.

“While HPQ’s PC business in the near-term should continue to benefit from a number of positive tailwinds, we remain concerned that [calendar year] 2020 could be a tougher year for PC OEMs, amid the end of the Windows 10 upgrade cycle, potentially slowing IT spend and tough comparisons,” wrote Sacconaghi, who has an outperform rating on HP stock and price target of $25.

HP’s shares slipped nearly 1% to $19.02 on Tuesday after Citigroup downgraded the company to neutral from buy and lowered its price target to $21 from $25 over concerns about “mixed data points” in its printer division. HP on Thursday said printer net revenue declined 5% year-over-year.

Analyst Jim Suva said he expected strong near-term PC sales ahead of second-quarter tariffs and improved chip-component supplies. But he warned macro issues around the economy will put a dent into commercial purchases of PCs and printers heading into 2020.