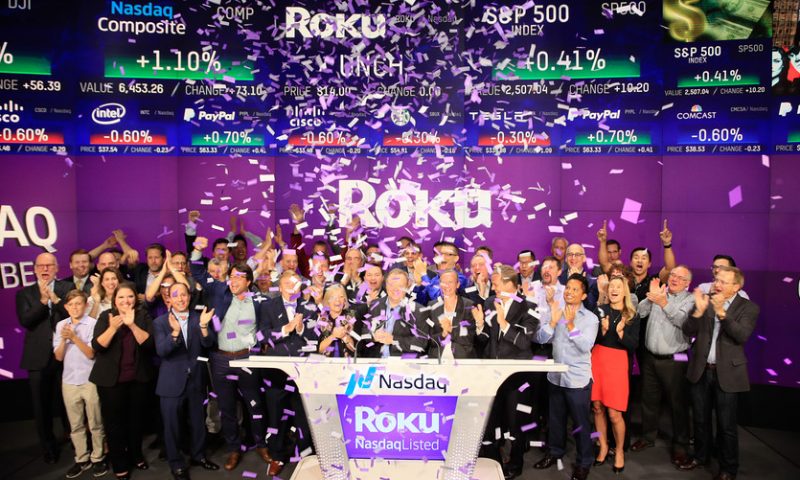 Roku shares were up 8% in after-hours trading Wednesday after the company topped expectations with its second-quarter results and issued and encouraging outlook.

The company said it continues to benefit from the accelerating tide toward streaming video and the growth in video content.

“Certainly having big names in the TV ecosystem coming into the space is a positive for Roku,” Chief Financial Officer Steve Louden said. “Historically, as more and more content has come onto the platform, that presents additional opportunities for engagement and monetization.”

The company had 30.5 million active accounts as of the second quarter, up 1.4 million sequentially, and generated average revenue per user of $21.06, up $2 from the first quarter.

Roku’s ROKU, +2.53% overall revenue climbed to $250.1 million from $156.8 million, whereas analysts tracked by FactSet were modeling $224 million. The company saw $82.4 million in revenue come from its player business and $167.7 million come from the platform business, which includes its licensed operating system for smart TVs as well as ad opportunities.

Louden said the latest metrics showed that Roku’s “lead is widening” relative to its rivals in streaming and that the company is able to exact benefits from its scale, allowing Roku to test new ad formats and enhance its targeting capabilities.

The company reported a net loss of $9.33 million, or 8 cents a share, after a profit of $526,000, or break-even on a per-share basis, in the year-prior period. Analysts surveyed by FactSet expected Roku to post a GAAP loss per share of 23 cents.