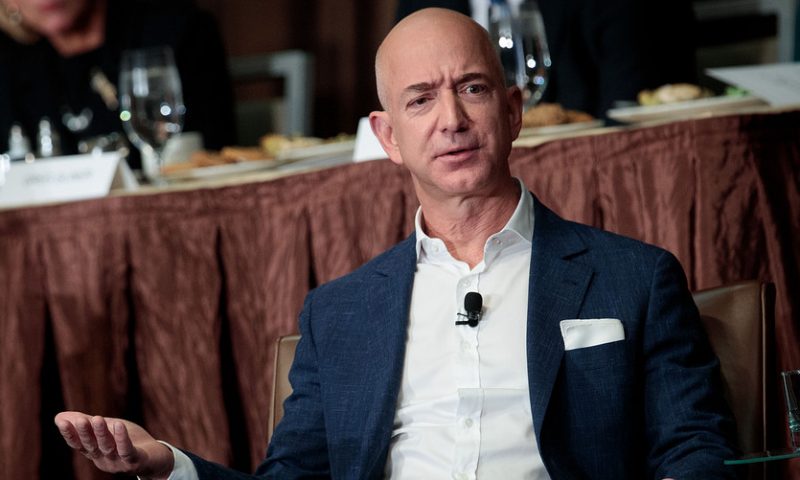 Shares of Amazon.com Inc. sank in afternoon trading Monday, putting them on track to suffer the longest losing streak in 13 years, as the triple threat of disappointing earnings, regulatory concerns and the broader stock-market selloff has weighed heavily on the e-commerce and cloud giant’s valuation.

The largest shareholder selling more than $1.8 billion worth of stock hasn’t helped matters.

The stock AMZN, -3.19% slumped 3.1% in afternoon trade as it heads for an eighth straight decline. That would be the longest losing streak since the nine-day stretch ending July 14, 2006. In between, there were two seven-day losing streaks, ending in January 2016 and December 2006.

The losing streak began the day before Amazon reported a second-quarter profit that missed expectations. During the streak, the company has had to contend with antitrust regulators looking into Big Tech, and valuation concerns as the U.S.-China trade tensions sap investor sentiment.

Founder and Chief Executive Jeff Bezos made a good move by selling shares last week. He disclosed in a filing with the Securities and Exchange Commission that he sold 968,148 shares at a weighted average price of $1,899.09 from last Monday through Wednesday, for a value of $1.84 billion. Those same 968,148 shares would now be worth just $1.70 billion.

That doesn’t mean he’s happy, however, as filings show he still owns 58.14 million Amazon shares, or about 12% of the shares outstanding. Since Wednesday, his remaining shares have lost $6.64 billion in market value.

Wall Street analysts don’t seem to share investors’ concerns, as all 47 analysts surveyed by FactSet have the equivalent of buy ratings on Amazon, and the average price target is $2,282.29, or 30% above current levels. That’s the same average target as of July 31, 1.4% higher than the $2,249.73 average target at the end of June.

Glenmede Trust Company’s strategy team said in a note to clients Monday that the risk embedded in a handful of “high-flying growth stocks,” which includes Amazon, had increased “significantly” as the stock market rallied to fresh highs last month.

The tech sector was still the strongest this year, as the technology ETF has rallied 22.1% year to date, while the tech friendly Nasdaq Composite has gained 16.2% and the Dow has advanced 10.1%.