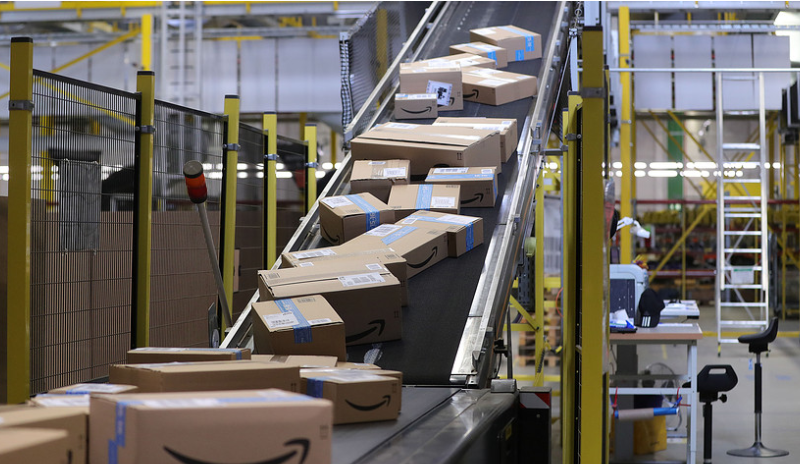 After a year of reporting record profit every quarter, Amazon earnings decline amid spending resurgence

Amazon AMZN, -1.35% reported second-quarter earnings of $2.6 billion, or $5.22 a share, up from $5.07 a year ago but lower than analysts’ estimates. Revenue was $63.4 billion, up from $52.9 billion a year ago, with the Amazon Web Services cloud-computing business accounting for $8.38 billion of that total. Analysts on average expected Amazon to report earnings of $5.56 a share on sales of $62.52 billion, with $8.48 billion credited to AWS, according to FactSet.

Amazon reported record profit of more than $10 billion in 2018, more than three times its previous high, as previous profligate spending slowed down. In the second quarter a year ago, Amazon reported record quarterly profit, topping even high-volume holiday-shopping periods, and executives specifically cited a slowdown in spending at the time. Amazon had beaten that profit total for a new record in each of the three quarters since, until Thursday’s report broke that streak.

Amazon shares fell about 2.5% in after-hours trading immediately following the release of the earnings report, but those declines lessened to about 1% after Chief Financial Officer Brian Olsavsky broke down Amazon’s increased spending in a later conference call. Amazon had prepped analysts and investors for a decline with a disappointing forecast for second-quarter operating profit, but the total still came up more than $600 million short of analysts’ estimates.

Olsavsky had signaled that spending would rise in discussing first-quarter results earlier this year, revealing that Amazon planned to spend about $800 million to get Prime subscribers’ deliveries down to a one-day wait. In Thursday’s conference call, Olsavsky said that Amazon ended up spending more than the $800 million it expected in the quarter for the one-day delivery effort, which explained the shortfall. He said Amazon expects to spend even more on the fulfillment change in the third quarter, and reduced guidance accordingly.

”It does create a shock to the system, we’re working through that now, and we expect we will be working to that for a number of quarters,” the CFO said. “But when the dust settles, we will regain our cost efficiency over time.”

Olsavsky also noted that Amazon had ramped up hiring after a pause in 2018, and pointed to other operating-expense increases, notably AWS marketing and international content for the Prime streaming service. Amazon reported that it spent $9.27 billion in the quarter on fulfillment, up nearly 17% from a year ago; $4.29 billion on marketing, up 48%; and $9.07 billion on technology and content, including rights for the Amazon Prime streaming service, up 25%. Overall operating expenses were $36.34 billion, up 18.6%.

For the third quarter, Amazon predicted revenue of $66 billion to $70 billion, with operating profit of $2.1 billion to $3.1 billion, which would be down from $3.7 billion a year ago. The quarter began with Prime Day, Amazon’s attempt to establish a shopping holiday in the summer months that the company had already said exceeded sales from Black Friday and Cyber Monday combined.

An event like that will typically boost revenue, but could weigh on profit margins as Amazon sells discounted items and ramps up one-day delivery. That, along with the warnings about increased spending, led analysts to warn investors that profit may be an issue this year, and point toward revenue growth as the key for Amazon this year.

“We expect the Amazon narrative to shift back more toward top-line growth in the second half of 2019, which in our view is important as Amazon remains a growth story, and it’s too early for the company to be in harvest mode,” JPMorgan analysts wrote in a note earlier this month.

In a note after the earnings hit Thursday, Jefferies analysts noted that it was the first time Amazon had reported operating income lower than analysts’ consensus estimates in two years, but said they were not worried.

“We think operating income results/guidance likely have no bearing on long-term profitability given temporary elevated spending behind one-day shipping and head count,” they wrote. “We still see further outperformance for Amazon, driven by profit upside from faster revenue growth at higher margin AWS and advertising.”

AWS revenue missed consensus analyst estimates by about $100 million, but the cloud-computing segment’s operating income was again the majority of Amazon’s total. AWS had operating income of $2.12 billion, while the entire company’s quarterly operating profit came in at $3.08 billion.