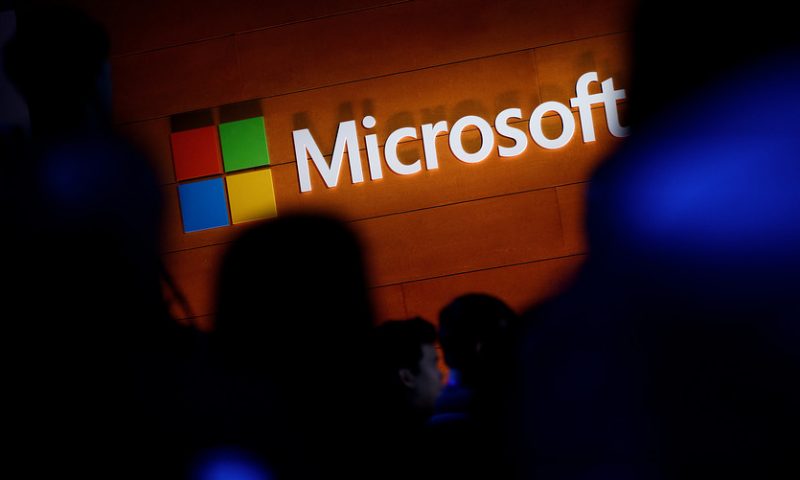 Growth of Microsoft Corp.’s cloud service Azure will be key in determining whether the software giant maintains its leading trillion-dollar market cap after its earnings report.

With Azure revenue rising 73% in the last quarter from year ago levels, and shaping up as the company’s fastest-growing segment, investors are concerned whether that pace can be sustained and whether Microsoft can continue to chip away at Amazon.com Inc.’s AMZN, +0.50%  dominance in the public cloud market.

Evercore ISI analyst Kirk Materne, who considers Microsoft a “best-in-class” stock with a price target of $165, said investors may need to be patient in the near-term with the stock given its run-up, but sees a good long-term risk/reward for it, especially given the good first half for software companies.

“As we head into 2H, our general view is that while the long-term demand drivers for the group remain intact, investors will need some patience as stocks digest 1H gains,” Materne said. “In fact, when looking at the performance of software companies on a 1H vs. 2H basis over the last 10 years, strong 1H performance is usually followed by a slower 2H (not exactly a shock).”

Earnings: Of the 30 analysts surveyed by FactSet, Microsoft on average is expected to post adjusted earnings of $1.21 a share, up from the $1.19 a share expected at the beginning of the quarter. Estimize, a software platform that uses crowdsourcing from hedge-fund executives, brokerages, buy-side analysts and others, calls for earnings of $1.25 a share.

Stock movement: Microsoft passed into the rare club of companies with a $1 trillion valuation right after its last earnings report. Since then, shares have gained nearly 11%. In comparison, the Dow Jones Industrial Average DJIA, +0.90%  has gained 1.9%, the S&P 500 has risen 2.5%, and the Nasdaq Composite Index COMP, +0.59%  has advanced 1.1%.

Of the 32 analysts who cover Microsoft, 29 have buy or overweight ratings, two have hold ratings and one has a sell rating, with an average price target of $144.41, according to FactSet data.

What to look for in the call

Cowen analyst Nick Yako believes Azure could command 25% of the public cloud market by 2025, up from its current 19% share, and account for nearly 60% of revenue versus the current 30%.

“We expect Microsoft’s Commercial Cloud, including both Office 365 Commercial and Azure, to be the primary driver of growth going forward,” Yako said in initiating coverage of Microsoft with an outperform rating and a $150 price target.

Jefferies analyst John DiFucci, who breaks with the pack with his underperform rating on the stock and an $80 price target, said that while Microsoft was “one of the greatest software success stories in the short history of the sector” the stock was overvalued and that Amazon Web Services may grind the software giant down on cloud services with thin margins, like it does with retailers.

“Azure will probably never see the margin broadly expected due to cultural and technical factors, and a recent unprecedented boost to cash flow from Windows may not persist,” DiFucci said. “Azure will likely never see margins similar to AWS at scale, and the long-term margin of even AWS may be lower than most expect.”

“We believe AWS operating margin could contract to much lower levels over time given the history of Amazon, leading to even lower Azure margins in such a scenario, which would be disastrous for Microsoft,” DiFucci said.

Morgan Stanley analyst Keith Weiss said that Azure is only part of the story, and that Microsoft will sustain growth from a hybrid-cloud strategy that includes its higher-margin server products and tools.

“Given Microsoft’s strong hybrid cloud positioning, management focus on the combined businesses, and given the go-to-market and customer purchasing decisions are based on the combined on-premise + Azure product portfolio, this likely represents a clearer view of demand for Microsoft’s infrastructure software,” said Weiss, who has an overweight rating and a $145 price target.