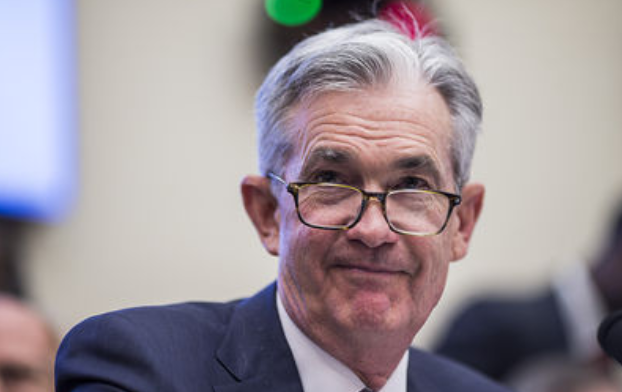 The Dow and S&P settled at an all-time highs Thursday, after Federal Reserve Chairman Jerome Powell left investors feeling fairly confident about the odds of an interest rate cut later this month.

Powell testifying Wednesday before the House Financial Services Committee and Thursday in front of the Senate Banking Committee gave investors more hope that a rate cut is coming.

What’s driving the market?
Investors have mixed views on how much they expect the Fed to cut interest rates this year, but they do see some relief on the horizon by month’s end as the central bank keeps the economy’s health in focus.

“Markets were in buoyant mood on Thursday as Fed Chairman Jerome Powell gave his strongest indication yet that the Federal Reserve will slash interest rates at the July 30-31 meeting,” said Raffi Boyadjian, senior investment analyst at XM, in a note.

“Pricing didn’t go as well as expected and rates went up,” Randy Frederick, managing director of Trading & Derivatives at Schwab Center for Financial Research, told MarketWatch. “The market initially rallied on the prospect of a rate cut, but the long-end (of the yield curve) moved higher. It’s odd, but that seems to be the biggest thing to damper demand this afternoon.”

But investors still mostly cheered remarks by Powell on Wednesday and Thursday when he told Congress that uncertainty around trade policy tensions and the global economic outlook, along with persistently low inflation, were reasons to consider easing policy. Powell’s testimony affirmed expectations the central bank will move to cut interest rates when policy makers meet at the end of the month.

Taking questions from the Senate Banking Committee Thursday, Powell reinforced the message he sent yesterday, while making a case for why a ‘preemptive’ rate cut could be necessary, even if economic and job growth remain strong.

An important reading of consumer price inflation rose 0.1% in May, versus a 0.2% rise expected by economists polled by MarketWatch, with the core CPI, which strips out volatile food and energy prices, rising 0.3%, above the consensus expectations of 0.2%, and the fastest monthly gain since January of 2018.

Year-over-year, CPI inflation fell to 1.6%, from 1.8% in April, with core CPI rising to 2.1% in May, up from 2.0% in April. Though not the Federal Reserve’s preferred measure of inflation, the CPI data should factor into how aggressive the Fed will be in cutting interest rates in the coming months.

“It’s a little higher than we thought but it seems like it’s going to take a lot more than a monthly data point to push Powell away from his dovish stance,” wrote Mike Loewengart, vice president of investment strategy at E-Trade, in an email. “The Fed has pretty much made it clear that the negatives of a cooling economy and ongoing trade tensions outweigh the positives of a Goldilocks inflation number and last week’s solid jobs read.”

Investors will also continue to pay close attention to the developments on the international trade front, with the Washington Post reporting that the Trump administration is growing concerned about prospects for a trade deal with China.

President Trump elaborated on this concern, tweeting Thursday that China is “letting us down,” by not increasing purchases of agricultural products, that president says was part of the trade truce reached at the G-20 summit in June.

Which stocks are in focus?
Cigna CI, +9.24% and CVSHealth CVS, +4.68% notched gains following news the Trump administration is dropping a plan to curb rebates that drug manufacturers pay to pharmacy-benefit managers such as Cigna’s Express Scripts.

Shares of Delta Air Lines Inc. DAL, +1.16% rose 1.16%, after the air carrier reported that second-quarter revenue rose 8.7% in the second-quarter from a year ago, while revenue per mile per seat rose by 3.8%. and earnings growth beat analysts projections.

Unlike its competitors, Delta does not own any of Boeing 737 MAX jets which have been grounded for four months by the FAA. American, Southwest and United have lost a combined 72 jets from their fleets. While their shares have lagged behind the rest of the market, Delta’s have kept pace with it.

Bed Bath and Beyond Inc. BBBY, -3.04% reported large losses due to impairment charges for a second consecutive quarter Wednesday evening, though it beat analyst estimates for earnings when adjusting for those costs. Shares in the home goods retailer fell 3.04% Thursday

Shares of Weight Watchers International Inc. WW, +8.38% rose 8.38% Thursday, after J.P. Morgan analyst Christina Brathwaite said she was no longer bearish on the weight management and wellness company, citing her belief that subscriber trends have stabilized.