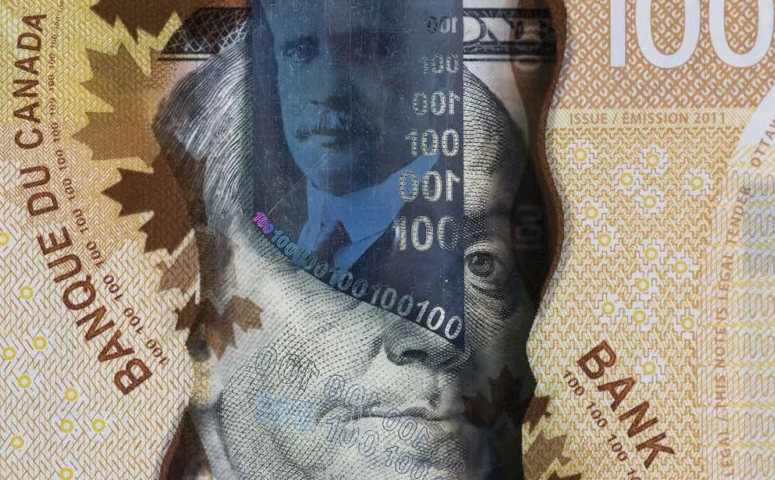 Bank of Canada Governor Stephen Poloz may have reason to start worrying about the strengthening Canadian dollar when he sets interest rates this week.

Poloz has overseen the world’s best-performing currency this year, in part because he’s one of the few major central bankers still reluctant to toy with the idea of cutting interest rates.

The loonie was trading at 76.62 US cents this week.

That means the loonie’s ascent of about 4 per cent so far in 2019 could give policy makers some pause about their more hawkish stance, especially if there’s concern the dollar’s momentum continues. An appreciating currency is a particular worry for a Canadian economy weighed downed by household debt and banking on its exporters to carry more of the growth burden.

“I do think you’ll hear a little bit more about the currency,” said Ian Pollick, head of rates strategy at Canadian Imperial Bank of Commerce. “At some point, you still have to face that reality where this eventual hand-off or rotation away from households and consumption to exports and investment is not forthcoming and a stronger currency really restricts that even more.”

It’s uncommon for Bank of Canada policy makers to comment about currency movements in rate statements, but occasionally they do. The last time they expressed worries was at a decision in October 2017, though the gains then had been much sharper.

Alternatively, Bank of Canada officials may simply brush off the appreciation — if they acknowledge it at all — as a reflection of solid growth. Recent data show the economy was much stronger in the second quarter than anyone expected, while U.S. growth is slowing. Price pressures are also stronger in Canada, with underlying inflation at about the central bank’s 2 per cent target for more than a year.

Most economists believe the Bank of Canada could probably buck any minor easing trend by the Federal Reserve, and remain on hold indefinitely. Pollick is one exception, with the CIBC strategist predicting a cut next year due to the “currency channels.”

Investors too are still placing large odds on one cut over the next 12 months, market data suggest. But that’s a far cry from the almost full percentage point cut being priced in for the Fed.

“We’re in what I’m going to call a resilient pocket where Canada can look a lot better than the rest of the world, at least in the foreseeable future,” Frances Donald, chief economist at Manulife Investment Management Ltd., told BNN Bloomberg last week.

The Bank of Canada has been quiet on the subject in recent weeks, but the last time Poloz spoke in May he reiterated his belief there’s underlying strength in the economy and that interest rates are poised to continue rising once headwinds dissipate. The Bank of Canada has already raised borrowing costs five times since mid 2017.

For someone labeled a currency dove almost from the instant he became Bank of Canada governor, there is an irony to his current predicament.

Poloz has always hated the label, or any other insinuation he is predisposed to any policy bias. In fact, he’s sought to do the opposite — wean investors off guidance and place the emphasis on data and the economic outlook.

If he was more dovish early on in his mandate, it’s because the data dictated a change in policy. When the data dictated the need for hikes in 2017, he hiked. And in times of heightened uncertainty, the smart move has been to remain cautious.

So, even if the dollar is mentioned, the focus on Wednesday will still likely be on how policy makers are interpreting the recent numbers, and how they assess global risks potentially impacting Canada.

The offsetting forces between elevated global uncertainty and the stronger Canadian economy may leave the Bank of Canada wanting to keep its current “wait-and-see” approach intact Wednesday in order to leave all its options open.

Another possibility is they choose to raise red flags about the weakening global outlook undermining business investment and exports, going as far as to cut their medium-term growth forecasts and watering down any talk about future hikes. That could knock the dollar down a peg or two.