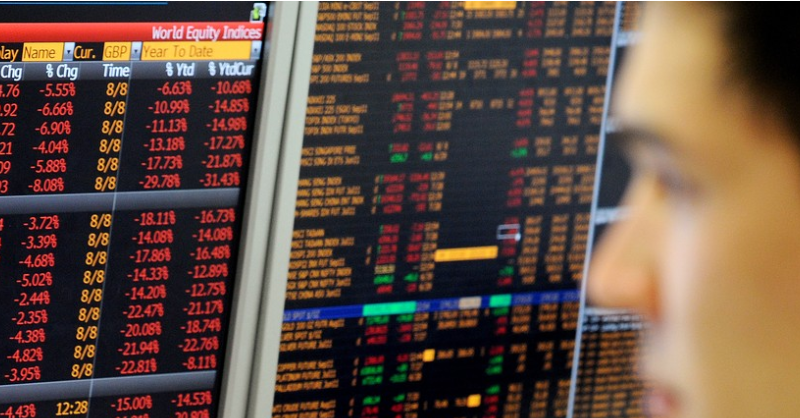 What drove the market?
Traders continue to look for the Federal Reserve to cut rates when policy makers meet at the end of the month, but fed-funds futures show investors cut bets for a 50 basis point reduction since Friday morning. Analysts said testimony before Congress by Fed Chairman Jerome Powell will likely be a big driver for stocks this week.

“Our economists continue to expect a rate cut by the U.S. Federal Reserve at the end of July, but all eyes will now be on Fed Chairman Jerome Powell on Wednesday,” said Patrik Lang, head of equity research at Julius Baer, in a note.

“With regard to equities, any macroeconomic data that eases concerns about an impending slowdown, in combination with a Fed that is not tightening and a steepening yield curve, are, in our view, providing a bullish backdrop for equities in general, especially for cyclicals,” he said.

European equities SXXP, -0.05% traded slightly lower as shares of German banking giant Deutsche DBK, -5.88% DBK, -5.39% slumped more than 5% in Frankfurt, a day after announcing a sweeping restructuring that will see it shed 18,000 jobs by 2022 and drop its stock sales and trading unit as it exits investment banking activities.

Which stocks were in focus?
Shares of Dow component Boeing Co. BA, -1.33% fell 1.3% Monday, after a Saudi Arabian airline canceled a deal valued at more than $5.5 billion, deciding to give its business to rival Airbus SE. The loss comes amid questions regarding the safety of the 737 Max, after two fatal crashes since October.

Shares of Google-parent Alphabet Inc. GOOG, -1.35% GOOGL, -1.40% were in focus after the New York Post reported that Alphabet director Alan Mulally was in discussions with satellite-TV provider Dish Network Corp. DISH, -0.33% to create a fourth U.S. telecom player, if a planned merger between T-Mobile US Inc. TMUS, -0.79% and Sprint Corp. S, -2.41% is consummated. The network would be formed by acquiring assets from T-Mobile, which it may be forced to sell if the Justice Department approves the merger. Alphabet denied the report. Alphabet shares declined 1.4%.

Symantec Corp. SYMC, +2.44% stock rose 2.4% after Bloomberg reported that former Chief Executive Officer Greg Clark has teamed up with private-equity firms Advent International and Permira Holdings to attempt to make a counter offer to Broadcom’s reported takeover attempt. Broadcom Inc. AVGO, -2.72% is still seen as the favorite in the race for Symantec’s assets.

How did other markets trade?
The yield on the 10-year U.S. Treasury note edged slightly higher to 2.048%.