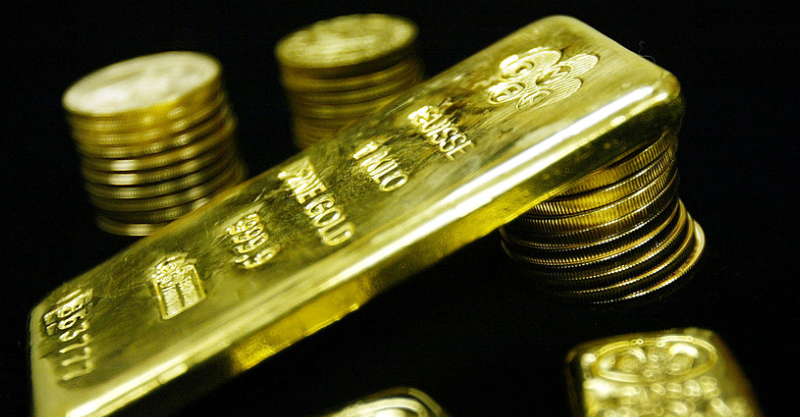 Gold prices declined Friday, sending prices lower for the week, as a stronger better-than-expected rise in June U.S. jobs dulled expectations for interest-rate cuts and lifted the benchmark dollar index to a more than two-week high.

Friday’s losses prompted gold to post a loss of 1% for the week, on the heels of two consecutive weeks of gains, according to FactSet data.

The U.S. added 224,000 new jobs in June, data showed on Friday. That easily beat the 170,000 forecast of economists polled by MarketWatch.

The view that a the jobs data means “a July rate cut is a done deal is anything but,” said Michael Hewson, chief market analyst at CMC Markets UK. “The Fed could still cut rates this year. However, any more data like today will make a July rate cut a much more difficult argument to make.”

Concerns about the impact of sluggish economic growth across the globe, and a market-rattling trade dispute between the U.S. and China, have been the main drivers for haven investments, including government debt and precious metals. The Federal Reserve has cited the trade dispute and its impact on the domestic economy as a reason to consider lowering interest rates.

Lower yields for government paper can underpin demand for gold, which doesn’t offer a yield; conversely, as debt rates rise, investors must assess the benefits of havens like gold against the perceived safety of bonds.

Also contributing to weakness in gold prices, news reports said India will lift its import duties on gold by 2.5% to 12.5%. That will reduce gold demand in India this quarter, and “can temporarily impact gold price negatively,” said Chintan Karnani, chief market analyst at Insignia Consultants.

On the technical front, gold’s “inability to break past $1,455 key resistance resulted in profit taking of long positions and subsequent intra-day shorts getting built,” he said. “Now gold needs to trade over $1,378 (previous resistance) to continue its short term bullish zone.”

Still, O’Byrne said that the “wider financial and geopolitical backdrop will support gold and we are very confident this is a normal short term correction, as gold embarks on the next stage of its bull market.”