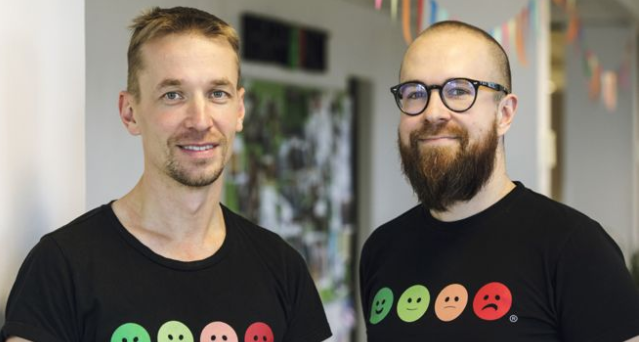 If you have ever been really angered by rude customer service, you’ll understand why Heikki Vaananen was still cross more than a decade later.

As a 15-year-old growing up in 1990s small town Finland, he would go to his local computer shop to buy floppy disks. Unfortunately, the man behind the counter was always horrible to him.

“He was always rude and dismissive,” says Heikki, now 39. “It was bullying really, he’d deliberately ignore me, not serve me. Of course it made me very angry, but when you are young you don’t know how to deal with it. I never forgot about it though.”

Fast forward 13 years to 2008, and Heikki was a successful 28-year-old entrepreneur and computer programmer.

His Finnish video games business Universomo worked for some of the biggest names in the industry, everyone from Sega, to Disney, Warner, and Lucas Arts. But Heikki had recently sold up to an American buyer, and he was looking for a new business idea.

So remembering his teenage experience at that computer store, he decided that he wanted to set up a company that helps firms to monitor – and then improve – the level of customer service they provide.

More specifically, his idea was to build physical feedback terminals, where customers could answer questions about their experience. This could be a question about whether the staff were friendly enough, if a cafe’s food was good enough or if they were happy with how quickly they were served.

The questions would appear on a screen. The customer would then simply have to press one of four “smiley” faces, from very happy, to happy, a little unhappy, or very unhappy. Happy Or Not would then collate and email the data to the company.

“I thought it was a great idea,” says Ville Levaniemi, Happy Or Not’s other founder. “But I was sure that someone must be already been doing something similar. But I had a good search online, and amazingly they weren’t. So we started planning the concept in 2008, and in 2009 we launched the business.”

Ville had worked with Heikki at Universomo, and they used the money they raised from the sale of that business to get Happy Or Not up and running. They used a Finnish manufacturer to build their terminals.

Their first big customer was one of Finland’s big-three supermarket groups, which was initially looking to check on the freshness of fruit and vegetables in its stores.

“They found that even in the best-performing stores customers were not happy with the fruit and vegetables at certain times of the day,” says Ville.

“So using the data we were able to give the company, it was, for example, able to make sure that there were fresh bananas to buy in the evening.”

Soon Happy Or Not was looking for overseas customers, starting with neighbouring Sweden. But as Ville admits, some businesses were just not interested.

“We have been laughed at.” says Ville, who is 40. “Laughed out of offices multiple times. Some companies, especially to begin with it, didn’t take us seriously. They didn’t see the value of what we do. But what is particularly pleasing is the number of firms who initially said no, but then a few years down the line came back and say they want to use us.”

In 2012 Happy Or Not got a major break when Heathrow Airport got in touch. It remains one of the company’s biggest clients to this day.

“Heathrow called us, which was amazing,” says Ville. “It was our first really international customer.”

The firm’s headquarters is still located in the Finnish city of Tampere, but today it also has offices in Amsterdam and West Palm Beach, Florida.

But what is to stop a store manager or other employee repeatedly hitting the very happy button on a Happy or Not terminal to give a false reading?

“We very quickly notice any irregularities,” says Ville. “We pick it up, so it is just not worth doing.”

Joanna Causon, chief executive of the Institute of Customer Service, says it is pleasing to see more firms try to maintain a high level of customer service.

“Customers are willing to pay more for better service and, in an uncertain economic climate, it is more important than ever that organisations get it right the first time,” she says.

“Disaffected employees will in fact turn customers away. Only 11% of consumers would consider buying from a company again after a bad experience with an employee and almost half would actively warn others against the organisation.”

While Heikki, who has the chief executive title, is based at the main office in Tampere, Ville, who is executive vice president, is now mainly based in Amsterdam.

But whatever happened to the old computer shop in Heikki’s hometown? “It ended up closing down,” he says.

“I wasn’t the only one not prepared to put up with the bad service.”