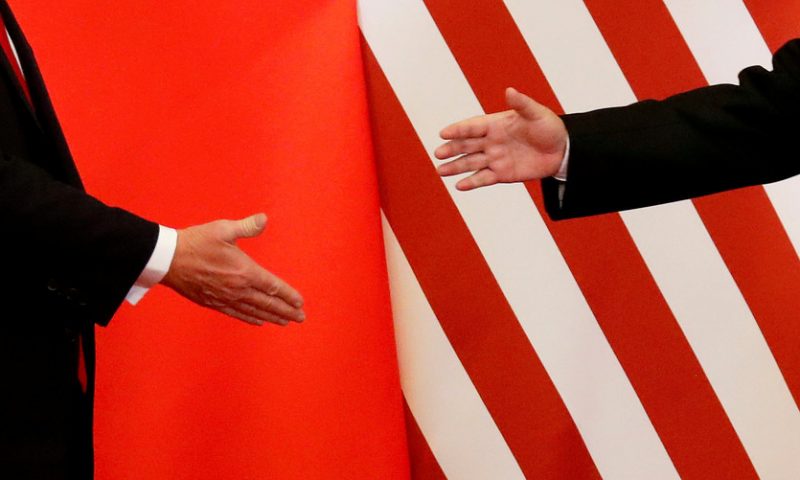 The S&P 500 halted a four-day slump but the Dow marked its longest skid since March as investors awaited U.S.-China trade talks between President Donald Trump and China’s President Xi Jinping during the G-20 meeting in Japan that begins Friday.

What were the drivers?
A tariff cease-fire between Beijing and Washington would avert the next round of tariffs on additional $300 billion worth of Chinese imports.

The Wall Street Journal reported that Xi will present President Donald Trump terms to resolve a market-rattling trade confrontation ahead of the expected the Group of 20 gathering of developed countries set to take place this weekend.

Terms include the removal of a ban on the sale of U.S. technology to Chinese telecommunications giant Huawei Technologies Co., the removal of punitive import duties, and an end to a request for China to buy additional U.S. exports.

The demands raise some doubts that the two sides can achieve a detente and comes after a report from the South China Morning Post that a tentative U.S.-China truce had been achieved.

Comments from Larry Kudlow, National Economic Council director, added to the uncertainty around trade. Kudlow told Fox News that no preconditions were set ahead of Trump’s meeting with Xi. He also said the U.S. may move forward with additional tariffs.

“The more optimistic tone earlier was due to some positive headlines regarding this weekend’s meeting between President Trump and President Xi,” wrote Bespoke Investment Group’s Paul Hickey, in a Thursday note to clients. “But some of the air was let out of the balloon following a less optimistic tone from the WSJ.”

On the economic data front, the Commerce Department issued its final revision of first quarter GDP growth and said the U.S. economy grew at a solid rate of 3.1% in the first quarter, but consumer spending and business investments grew at a slower pace than in the earlier estimates.

The Labor Department said initial claims for unemployment benefits rose 10,000 to 227,000 in the seven days ended June 22, compared with the week prior. Economists polled by MarketWatch estimated new claims would total 216,000.

Which stocks were in focus?
Boeing Co. shares BA, -2.91% fell 2.9% after the Federal Aviation Administration said on Wednesday that it has found an issue with the 737 MAX that the manufacturer must address before it lifts the national grounding order.

Lyft Inc.’s stock LYFT, +3.65% rose 1.7%, after news that autonomous vehicle firm Waymo, which is a subsidiary of Google-parent Alphabet Inc. GOOG, -0.35% GOOGL, -0.34% has officially launched a program to make some self-driving minivans available for Lyft customers. The program is only available in a small area outside Phoenix.

Is Tesla about to report record sales? This analyst says no