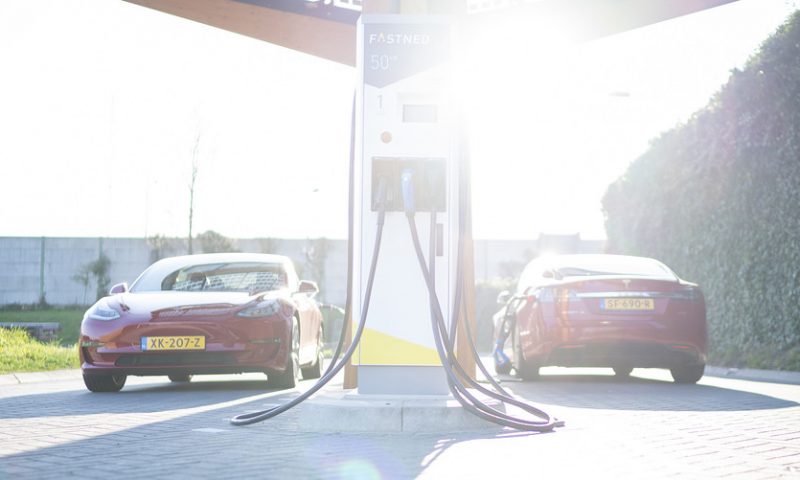 Tesla Inc. stock has shot up nearly 20% this month thanks in part to hopes that the Silicon Valley car maker is about to announce a banner sales quarter.

Even analysts at Goldman Sachs, known Tesla TSLA, +1.63% bears, have put forth that possibility, although they cautioned it may be as good as it gets for the company this year. On Thursday, analysts at Evercore ISI came out on the other side of that bet.

They kept their rating on the stock at the equivalent of sell with a price target of $200, which would represent 9% downside to Thursday prices.

“(We) expect a miss on Q2 deliveries/earnings and continue to see FY delivery midpoint guidance miss by ~10%,” the analysts, led by Arndt Ellinghorst, said in a note.

There is also downside risk around 10% to 15% to Evercore’s $200 price target “if automotive gross profit outlook deteriorates,” they said.

Tesla reports production and delivery numbers, its proxy for sales, a few calendar days after the end of the quarter. The recent uptick for the stock came largely as Chief Executive Elon Musk said the company had a “decent shot’ at a record-breaking deliveries in the second quarter.

Analysts polled by FactSet expect Tesla to report the delivery of 91,000 vehicles, including 74,100 Model 3 sedans and a nearly even split between sales of Model S and Model X units.

Snap shorts are down $1 billion in paper losses this year