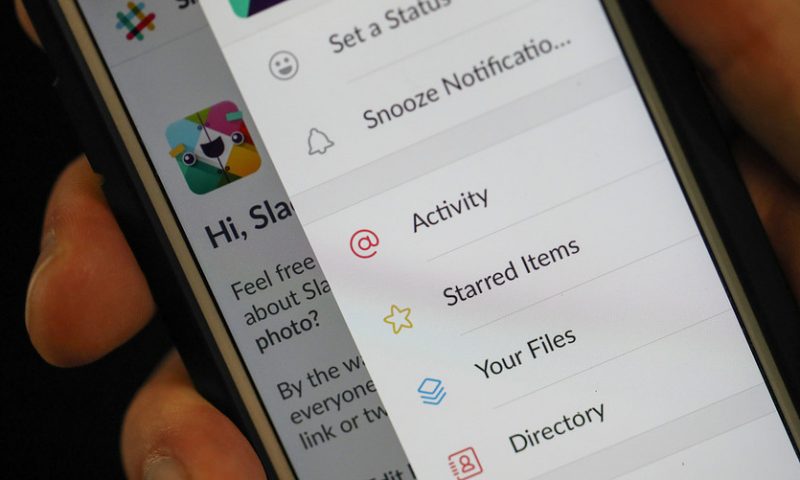 Slack Technologies Inc. just picked up a new fan on Wall Street, as Baird’s William Power initiated coverage of the workplace-messaging company with an outperform rating just a few days after its direct listing.

Power is intrigued by Slack’s goal of achieving 20% to 30% operating margins over the long term as well as 30% free-cash-flow margins. He sees these targets as achievable given that Slack already has strong gross margins and an attractive growth profile.

Slack reported an 87.2% gross margin in its most recent fiscal year, though the metric doesn’t include costs associated with free customers. Slack had more than 600,000 users at the end of April, but less than 100,000 paid for the service. Nonetheless, he calls the free user base “a deep pool of future opportunities.”

The company also has growth potential with its “shared channels” offering, which expands Slack beyond intra-company communications. Slack already has 10,000 paying users for this product, which is in beta mode and allows users at different businesses to communicate with one another via the platform.

Power set a $44 price target on Slack’s stock, which debuted on the New York Stock Exchange late last week via a direct listing, meaning that the company did not raise money through a traditional offering. He expects that Slack will break even on a free-cash basis with its existing balance sheet.

Slack conducted its direct listing amid a particularly hot period for newly public companies, especially in the software industry. The Renaissance IPO ETF IPO, -0.55% has climbed 33% so far in 2019, while the S&P 500 SPX, -0.12% has risen 16%.

BlackBerry violates SEC rules with use of non-standard metrics