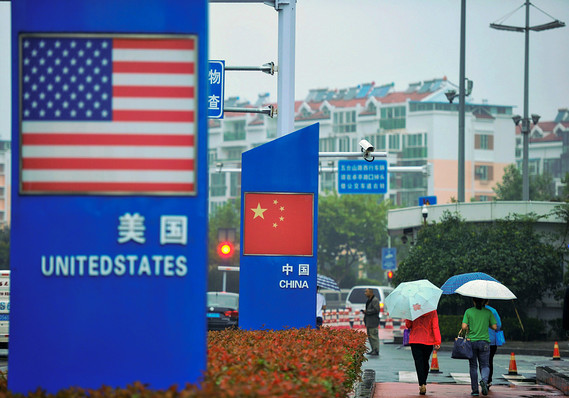 A broad slowdown among American manufacturers suggests the U.S. has just ‘as much or more” to lose as China from a trade dispute that’s led to tit-for-tat tariffs, fresh research contends.

U.S. manufacturers have been unable to quickly find alternative sources of supply to avoid tariffs on Chinese goods, according to RBC Economic Research.

Nor have they been able to persuade exporters whose goods have been hit with tariffs to cut prices very much. The cost of Chinese imports have only fallen 1% in the past year, for instance.

“Foreign exporters have by-and-large not been willing or able to make price concessions to offset increased U.S. import-tariff costs,” RBC economists Nathan Janzen, Ranndella Billy-Chieng and Claire Fan wrote in a report. “That has left U.S. importers with the unhappy decision to either import less or pay more.”

U.S. imports have declined 3% from September 2018 to April 2019 after the Trump administration imposed 10% tariffs on $200 billion in Chinese goods.

The tariff war has not yet led to broadly higher import prices, however, at least for consumers. While the cost of some imported products such as appliances spiked early on, the price of other imports haven’t risen much or at all.

That could change soon, RBC said, if stiffer U.S. duties on virtually all Chines products go into effect this summer.

President Trump has argued that tariffs are more harmful to China because they export far more goods to the U.S. ($560 billion in 2018) than the U.S. sells to China ($180 million.).

The problem is, U.S. manufacturers increasingly rely on partly finished goods from China to make their own products and they can’t easily find new suppliers. RBC said China accounts for about 20% of U.S. imports of so-called intermediary products, up from just 8.5% a decade ago.

Another argument by the Trump White House is that tariffs would boost American manufacturers such as steel makers, but RBC notes that U.S. industrial production and capacity utilization which were already running at full tilt have declined since the tariffs went into effect.

“As it stands, the U.S. industrial sector looks ill-prepared to handle further tariff hikes on Chinese products and the threat of tariffs on auto imports from Europe and Japan still looms,” RBC said.

The firm is not predicting a recession, however, because manufacturing represents just 15% of the U.S. economy and RBC expects Trump to blink first.

“Escalating trade tensions have begun to threaten real job losses, and particularly in the politically important industrial heartland that was critical to President Trump’s 2016 election victory. That also is one of the main reasons we still assume tensions will ultimately ease,” RBC economists said.

Gold prices continue their march toward a six-year high