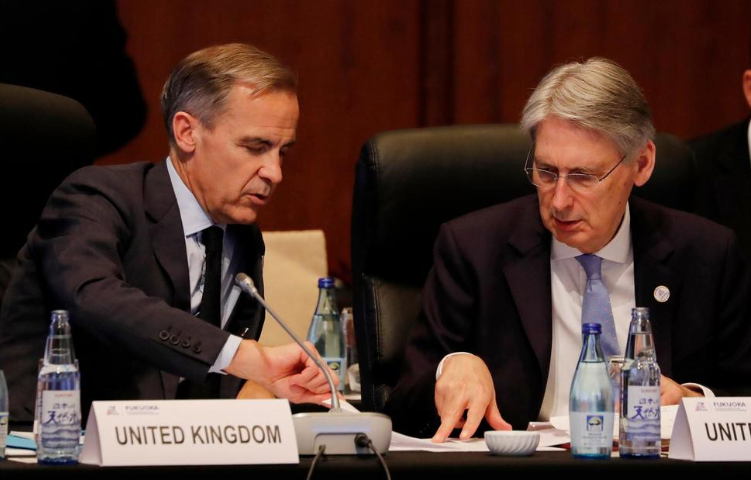 The Bank of England has kept its main interest rate on hold at 0.75% as rate-setters continue to await developments over Brexit.

LONDON — The Bank of England kept its main interest rate on hold at 0.75% on Thursday and warned that a combination of Brexit worries and global trade tensions was weighing on growth.

All nine members of the Monetary Policy Committee backed the decision to not change rates. There had been some expectations in the markets that a couple of them could vote for an increase because of concerns that rising wages will push up inflation.

However, figures this week showed the annual inflation rate fell to the bank’s target of 2%, easing pressure to raise rates. Also, uncertainty surrounding Britain’s departure from the European Union remains despite a Brexit deadline extension and are keeping a lid on growth. Only around 20% of respondents to a Bank of England survey think Brexit uncertainty will be resolved by the end of this year.

Though Britain’s departure date from the EU has been pushed back to Oct. 31, there is still huge uncertainty as to whether the country will leave then. The Conservative Party contest to replace Prime Minister Theresa May has meant there’s been little progress on Brexit in recent months and concerns are rising that Britain could crash out without a deal on future relations with the EU. The favorite, Boris Johnson, has indicated that he’s prepared to go ahead with a ‘no-deal’ Brexit.

Most economists, including those at the Bank of England, think that leaving without a deal will cause huge damage to the British economy as trade with the EU is hit by tariffs and other disruptions.

“Domestically, the perceived likelihood of a no-deal Brexit has risen,” rate-setters said in the minutes to the policy meeting.

The main economic impact of Britain’s June 2016 vote to leave the EU has been a sharp fall in business investment as executives became cautious over what Brexit will mean in practice.

“Surveys suggested that companies expected uncertainty to persist at elevated levels, and there were no clear signs that investment growth would pick up ahead of the October Brexit deadline,” rate-setters said.

Overall, the British economy has held up better than anticipated since the Brexit vote. Growth has continued at modest levels and unemployment has fallen to a 45-year low of 3.8%. Wages are rising at their fastest rate since before the global financial crisis.

Rate-setters suggested that wage “growth rates might have levelled off,” but also that inflation is likely to fall further over coming months.

Longer-term, all hinges on Brexit. Everything is possible, from a ‘no-deal’ Brexit to another referendum that sees Britain remaining in the EU. The Bank of England retains its stance that the country will leave in an orderly manner.

If that happens, it’s possible that interest rates will rise. However, rate-setters said they would go up “at a gradual pace, and to a limited extent.”

The rate-setters comments on Thursday mean that few, if any, experts think the central bank will be raising rates before the Brexit deadline. That was reflected in the pound’s retreat on Thursday, from $1.2720 to around $1.2680.

“We think it is unlikely the bank will hike rates this year,” said James Smith, developed markets economist at ING. “Domestically, uncertainty is likely to remain elevated — particularly given that we see an increasing probability of a general election later in the year.”

Putin Open for Talks With Trump, Warns Against Force on Iran