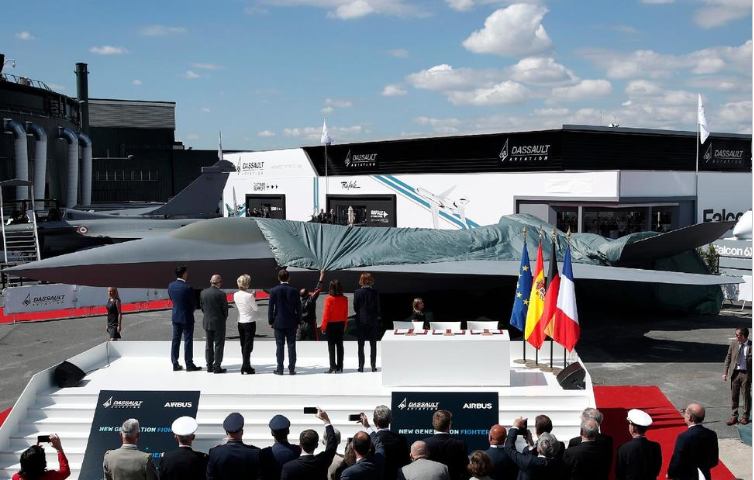 France, Germany and Spain have agreed to develop a multibillion joint European fighter jet and air combat system that could also control drones and satellites in a move toward more strategic autonomy for Europe.

LE BOURGET, FRANCE — France, Germany and Spain agreed Monday to develop a European fighter jet and air combat system, as they bolster efforts to reduce their dependency on the United States.

Defense ministers from the three countries signed an agreement at the Paris Air Show that lays out how the countries will cooperate on the project, which would include a new-generation combat aircraft.

French President Emmanuel Macron presided over the signing. The project fits in with his ambition to increase European cooperation at a time when the United States under President Donald Trump is showing an increasing reluctance to support the continent militarily.

It’s going to take time though. The Future Combat Air System (FCAS) is not expected to be operational until 2040. Requirements for the air combat system that will also include drones will be decided by 2027 and the development phase should start by 2030.

“The FCAS is a major asset to tackle the power struggles of the second half of the 21st century. What is happening today is historic,” she said.

Dassault Aviation and Airbus are set to build the jets which will eventually replace Rafale and Eurofighters.

The program was launched by Macron and German Chancellor Angela Merkel in 2017. Airbus says it will be connected and operable with a wide variety of aircraft, satellites, NATO systems as well as land and naval combat systems.

Authorities have not said how much it would cost but the dpa news agency estimates it could be 100 billion euros ($112 billion).