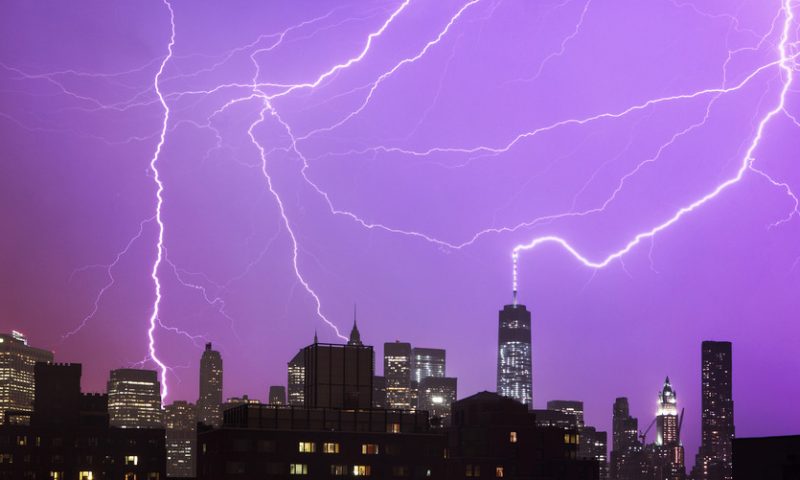 The Federal Reserve is widely expected to strike a dovish chord when it meets this week, clearing the way for a July rate cut — the first in more than a decade — that almost 40% of economists in a Wall Street Journal poll are expecting.

While a hawkish Fed no longer looms large over this aging bull market, Nouriel Roubini, NYU economics professor and perhaps the media’s favorite permabear, now says the world “has an even bigger problem on its hands.”

In our call of the day, Roubini examines “the growing risk of a 2020 recession” and the specter of crisis in an already fragile global economy.

A severe enough shock could usher in a global recession, even if central banks respond rapidly.’

Last year, he warned of 10 potential downside risks that could lead to a global recession next year. A friendlier Fed, he says, removes one of them, but the others are still firmly in play and have emerged as more dangerous than before.

“U.S. equity markets have remained frothy since our initial commentary,” he wrote. “There are added risks associated with the rise of newer forms of debt, including in many emerging markets, where much borrowing is denominated in foreign currencies.”

Among the key risks, tensions between China and the U.S. deserve special attention, Roubini says, particularly if they result in China retaliating by closing its market to U.S.-based multinationals like Apple AAPL, +0.60% .

“Under such a scenario, the shock to markets around the world would be sufficient to bring on a global crisis, regardless of what the major central banks do,” Roubini warned. “And given the scale of private and public debt, another financial crisis would likely follow from that.”

At this point, he says central banks around the world are increasingly constrained, exposing illiquid financial markets to “flash crashes” and other disruptions, such as Trump getting into a “wag the dog” conflict with a country like Iran. “That might bolster his domestic poll numbers,” he said. “But it could also trigger an oil shock.”

No signs of any shock to start the week.

Donald Trump warned investors over the weekend that they’d better vote for him, or else. “If anyone but me takes over in 2020 … there will be a Market Crash the likes of which has not been seen before!” he wrote. The assumption being that the rally we’ve seen is solely thanks to his work in the White House.

But the Heisenberg Report blog used this telling chart to show perspective on how, when Trump became president, the stock market was up triple-digits from its 2009 nadir and the unemployment rate was already near historic lows.

He didn’t name names but Apple AAPL, +0.60% boss Tim Cook seemed to take aim at the likes of Silicon Valley tech giants Facebook FB, +4.24% TwitterTWTR, +0.80% and Alphabet’s GOOG, +0.66% YouTube during his speech to Stanford University grads on Sunday. “If you’ve built a chaos factory, you can’t dodge responsibility for the chaos,” he said. “Too many seem to think good intentions excuse away harmful outcomes.”

A huge chunk of South America is in recovery mode after a massive blackout left millions of people without electricity in Argentina, Uruguay and Paraguay on Sunday due to an unexplained failure in the countries’ interconnected power grid.

Along with the upcoming FOMC meeting starting on Tuesday, data on new homes where constructed was started in May and existing home sales are due later this week. On Monday, we’ll get a look at the New York Fed Empire State manufacturing survey ahead of the open, followed by the June NAHB homebuilder survey. As for the Fed meeting, no policy shift is expected.