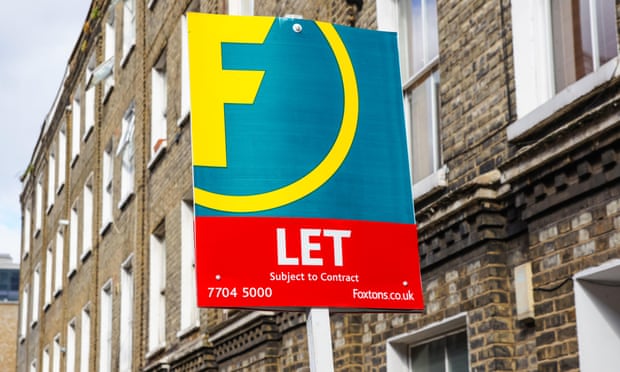 Property wealth in Britain from second homes has risen by more than 50% over the past two decades to reach nearly £1tn, according to a report that indicates growing inequality across the UK.

Total property wealth for UK residents from second homes, buy-to-let investments and overseas property has risen in value from around £610bn in 2001 to £941bn.

The number of British adults in families who have wealth from properties additional to their own home has risen by more than 50% this century to reach 5.5 million – around one in 10 of the UK population.

The Resolution Foundation thinktank, which compiled the report based on the latest available figures, from 2014-16, said the boom in the buy-to-let market and the rise of the amateur landlord was the flipside of falling levels of home ownership for the UK population. Of the estimated 23.2m households in England, 14.8m or 64% are owner-occupiers, down from a peak of 71% in 2003.

George Bangham, a policy analyst at the Resolution Foundation, said: “The sheer scale of additional property wealth is an important driver of rising wealth gaps across Britain. And as the huge stock of second homes, buy-to-let and overseas properties starts to be passed on to younger generations, Britain risks becoming a country where getting ahead in life depends as much on what you inherit as what you earn.”

Almost 2 million people own rental properties, up from about 1.2 million in 2008, while the total number of buy-to-let mortgages has risen by about 15 times since the turn of the millennium.

A lack of new council homes being built to replace those sold under Margaret Thatcher’s right to buy policy has contributed to an imbalanced housing market, with a dearth of affordable homes, while increasing numbers live in private-rented accommodation.

There are also concerns over the divisions of wealth in modern Britain. House prices have boomed over the past decade since the financial crisis, while wage growth has stalled.

Wealth inequality is much greater than the differences in pay between workers, with the wealth of the top 10% richest households worth about five times more than that of the bottom half of all families combined.

Illustrating the scale of the rising wealth tied up in second homes, the Resolution Foundation said additional properties accounted for about 15.8% of the £6tn in gross property wealth in Britain, up from 13.7% in 2006-08.

The research, funded by the Nuffield Foundation, found that older generations in particular had benefited from the rise in property values, as property wealth typically takes years to accumulate. Around one in six people born in the 1950s report additional property wealth, the highest of any cohort.

The rise in buy-to-let home ownership has led to the increasing transfer of wealth across the generational divide, as younger private renters line the pockets of older landlords. The research showed that the baby boomer generation born around the time of the second world war received more than half of all rental income in Britain.

Although the figures provide the latest available snapshot of additional UK property wealth, the study paints a picture of a moment just before significant policy changes were introduced to clamp down on the boom in buy-to-let ownership.

Against a backdrop of mounting concern over the falling number of homeowners in Britain, who are more likely to be Conservative voters, the former chancellor George Osborne introduced a range of tax relief and stamp duty reforms, as well as council tax exemption changes covering second homes.﻿