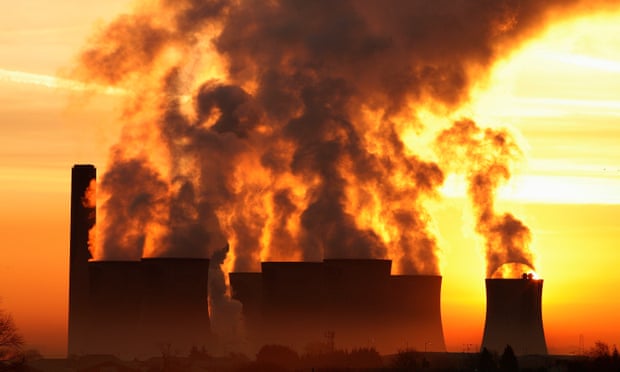 A depressing picture of global power generation has coal still firmly on top. And in a vicious cycle, the very heatwaves and winter freezes high carbon emissions cause seem to be increasing them

The move is designed to protect Norway’s state-owned investment fund from the decline in fossil fuels that will be vital if full-blown climate catastrophe is to be averted.

But fossil fuels are by no means in terminal decline, according to a recent review of the global energy industry. BP’s annual energy review revealed only days before the Norwegian vote that carbon emissions rose at the fastest rate in almost a decade last year.

The figures revealed that the unexpected spike was caused by a growing appetite for energy, that was being met by fossil fuels. And the biggest offender in climate terms is coal.

“The peak in global coal consumption, which many thought had occurred in 2013, now looks less certain,” Dale says. “Another couple of years of increases close to last year’s would take global consumption comfortably above 2013 levels.”

The creeping growth of coal worldwide has come via the electricity generation sector, but in the UK, coal-fired power is to be entirely snuffed out by 2025 under government plans.

The process is already under way. Coal-fired electricity was just 5% of all power generation in the UK last year, which allowed the National Grid to trumpet its greenest-ever winter. Since then, the closure of two coal plants has been announced, which will cut number of UK coal plants to five from next year.

Britain’s battle to wean itself off coal is helped by a rise in renewables but also – crucially – by the fact that in a country of sluggish growth and rising energy efficiency, demand for power has flatlined.

The same cannot be said for fast-developing countries in Asia, for example, where the appetite for electricity is growing rapidly, and renewable energy is not increasing anything like fast enough to keep coal at bay.

Asia’s appetite for coal-fired electricity is keeping coal production alive too. Indian mining group Adani last week announced plans to start work on a A$2bn (£1bn) coal mine in Australia after a decade of opposition from climate campaigners.

The Queensland mine is expected to produce coal that, once burned in power plants, will emit 700 million tonnes of carbon dioxide every year for more than 50 years.

Wind and solar renewable power is the world’s fastest-growing energy source: it grew by 14.5% last year, led by a surge of investment in China. But the strides do not go far enough, fast enough. “You have to run very fast just to stand still,” Dale says.

The global power generation picture is “depressingly” unchanged from 20 years ago, he says. Three flat lines show an unwavering breakdown of the global electricity mix: last year coal made up 38%, non-fossil fuels reached 36% and the rest of the world’s power was generated by gas and oil. This is the same as in 1998.

“If rising demand was to be met by renewable energy, renewable generation would need to have grown more than twice as quickly over the past three years than it actually did,” Dale says. “Alternatively, the same reduction in carbon emissions could have been achieved by replacing around 10% of coal in the power sector with natural gas.”

BP’s backing for gas is unsurprising and self-serving: the company owns a vast portfolio of gas fields, and it plans to expand this within the business as oil falls from favour. It also makes sense: gas generation emits around half the carbon of coal, and avoids much of the air pollution which has become a major concern in Asia’s growing cities.

However, gas is still a hydrocarbon and its use cannot grow unchecked within the energy system without driving carbon emissions higher.

The demand for gas increased by 5.3% in 2018, one of its strongest growth rates for over 30 years. Its use accounted for 45% of the increase in global energy consumption last year.

The gas “bonanza” was led by the US shale boom, says Dale. The US shale heartlands in the Marcellus, Haynesville and Permian basins produced an extra 78 billion cubic metres of gas last year. This is the same growth in one year as the previous 12 combined.

The surge in US gas production was used mainly to meet its own booming domestic demand. The US recorded the third-highest growth for energy consumption last year: it is the only G7 nation at the top of the energy growth league table; the rest of the top 10 are developing economies.

Dale points to a worrying vicious climate cycle to explain part of the US boom. Research suggests that wider swings in temperature are nudging homes and businesses to turn up either heating systems or air conditioners more often. Last year, the number of particularly hot or cold days in the US was the highest for 50 years. And temperature swings in the first months of 2019 are proving to be just as wide of seasonal norms.

This may reflect “random variation” in weather patterns, says Dale. Or it may signal a worrying climate feedback loop which will make it harder to tackle the climate crisis.