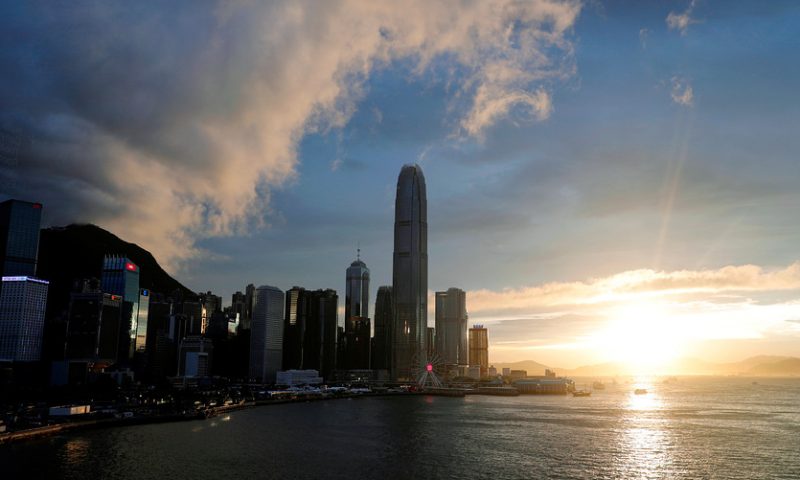 Asian markets largely fell on Friday, dented by weak China economic data and as geopolitical tensions rose after apparent attacks on two tankers near the Strait of Hormuz.

U.S. Secretary of State Mike Pompeo blamed Iran, through Iran rejected those claims, as tensions grew in the Persian Gulf. Late Thursday, the U.S. said it had evidence that Iran’s Revolutionary Guard removed an unexploded mine from a tanker, suggesting Iran tried to hide evidence of its involvement.

Geopolitical tensions were simmering elsewhere, as Hong Kong remained on edge in the aftermath of violent clashes between police and protesters earlier this week. Protests against a proposed extradition law continued, though were noticeably more subdued, while the prospect of further protests over the weekend loomed large.

And there were fresh threats from the U.S. that President Donald Trump may raise tariffs against China if President Xi Jinping doesn’t meet with him at the G-20 summit in Japan later this month. On Thursday, a group of American companies, including Walmart Inc. WMT, +0.39% and Target Corp. TGT, -0.58% , sent a letter to Trump urging him make a trade deal and end the tariff war.

That’s as data showed business activities cooled further in China in May, with a marked slowdown in industrial output and investment.

Gains in energy and internet companies helped drive stocks broadly higher on Wall Street overnight, snapping a two-day losing streak for the market in an otherwise choppy week of trading.

Investors have been searching for direction as they cautiously await any new developments on the global trade war between the U.S. and China. Any continued escalations could crimp global economic growth and halt what is poised to be the longest economic expansion in U.S. history.

The market is also looking ahead to next week’s meeting of policyholders of the U.S. Federal Reserve. Last week, Fed Chair Jerome Powell set off a market rally after he signaled that the central bank is willing to cut interest rates to help stabilize the economy if the trade war between Washington and Beijing starts to crimp growth.

The suspected attacks in the Strait of Hormuz come amid heightened tensions between the United States and Iran. One third of all oil traded by sea, which amounts to 20% of oil traded worldwide, passes through the strait. The U.S. blamed Iran in what it called a campaign of “escalating tensions” in a region crucial to global energy supplies.

Economists Nicholas Mapa and Prakash Sakpal said in their report for ING that the market tone for the day was “wait and watch.”

“Setting the mixed tone for markets today, escalation of geopolitical tensions in the Gulf region counters the positive investor sentiment from rising expectations of the U.S. Fed easing,” the report said.