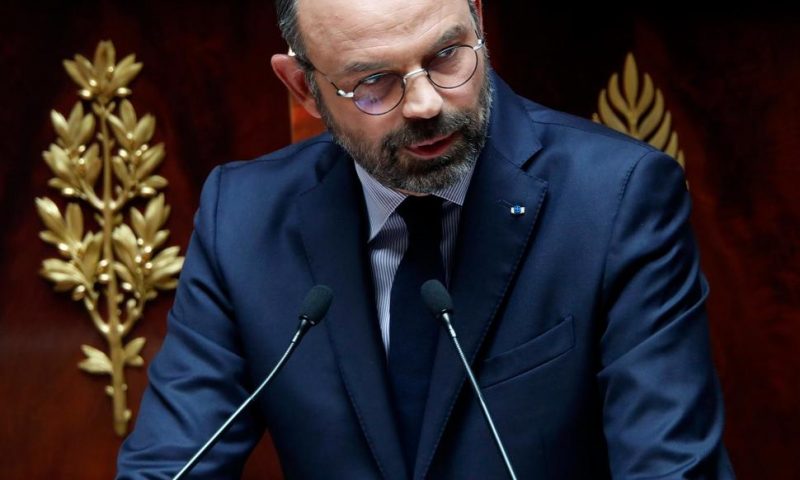 France’s prime minister says the government of President Emmanuel Macron plans to keep reforming the economy and will look at unemployment benefits, the pension system and tax cuts for middle-class workers.

PARIS — France’s prime minister said Wednesday that the government of President Emmanuel Macron plans to keep reforming the economy to boost its competitiveness, with changes to unemployment benefits and the pension system and plans to help out middle-class workers with tax cuts.

Responding to often violent yellow vest protests against Macron’s policies that started in November, Philippe acknowledged it was “a mistake” that the government sometimes took decisions too quickly and without enough public consultation.

“We want to change our manner of governing. We are and will remain reformers. But we must further involve the French in the decision-making,” he said.

Critics say Macron’s economic policies tend to favor the wealthy and big businesses and are out of touch with everyday life.

In what he called the “Act II” of Macron’s term —which runs until 2022— Philippe listed a series of economic reforms which he said aimed to make France’s economy more competitive.

Philippe said tax cuts will focus on middle-class workers, including 18 million French households who will see their annual incomes increase by about 180 to 350 euros ($204 to $396) next year on average.

“With the President of the Republic, we received loud and clear the message of exasperation against taxes that the French people sent us. They no longer want words but acts,” he said.

A reform of France’s generous unemployment benefits system will be presented next week — notably reducing benefits that wealthier workers are entitled to. France’s unemployment rate has decreased, falling to 8.4 percent at the beginning of the year, its lowest in 10 years, Philippe said.

Moves to reform the pension system will keep the legal retirement age at 62 — but benefits for those who do so will decrease, to encourage people to work longer. Details are expected to be unveiled in July.

Another bill later this year will grant single women and lesbian couples access to medically assisted reproduction, a campaign promise from Macron. The procedures are currently restricted to heterosexual couples.

Philippe confirmed France will remain militarily involved in the fight against the Islamic State group and in Africa’s Sahel region. At home “we will maintain constant vigilance against the terrorist threat”, he said.

A debate followed the prime minister’s speech at the National Assembly, where Macron’s party has a strong majority.