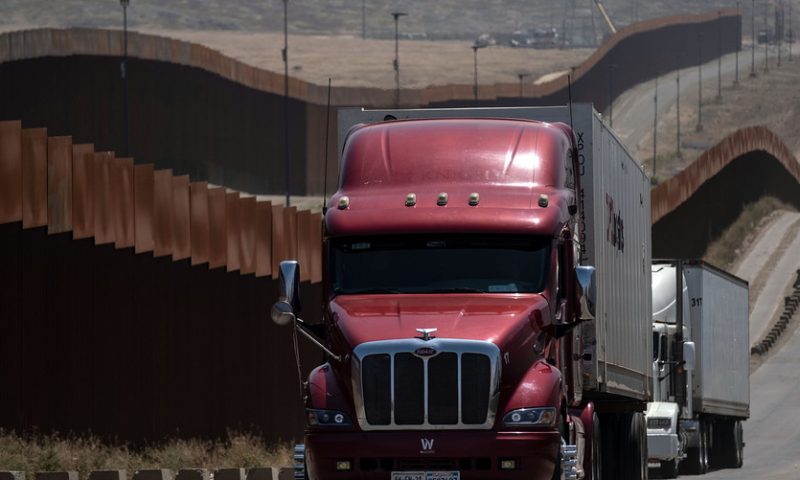 U.S. stocks closed higher Monday, with the Dow gaining for the sixth session in a row, as investors continued to snap up global equities after the U.S. dropped plans to impose tariffs on Mexico.

President Donald Trump late Friday tweeted that he had suspended plans to impose tariffs on Mexico after reaching a deal with that country over stemming the flow of illegal immigration. But he warned Mexico in a series of tweets on Sunday that if cooperation should fail, “We can always go back to our previous, very profitable, position of tariffs.”

However, there were questions about how much of the deal is really new, particularly as Mexico had previously agreed to deploy its National Guard to its southern border with Guatemala as well as accept the return of asylum-seekers as they wait out their cases.

As global equities rose, the Mexican peso USDMXN, +0.0546%  rallied against the U.S. dollar.

Meanwhile, Group of 20 finance leaders on Sunday vowed to protect global growth from disruptions such as trade tensions. During a sideline meeting, U.S. Treasury Secretary Steven Mnuchin had a “candid” and “constructive” talk with People’s Bank of China Gov. Yi Gang, the secretary tweeted Sunday.

But trade troubles between the U.S. and China continue to simmer, with Beijing cautioning global technology companies in a meeting last week that complying with a ban on Huawei Technologies would mean sector-wide complications, Reuters reported. Data also showed that China exports grew slightly in May, though imports fell sharply.

“The market is willing to bet heavily on the Powell put,” Yousef Abbasi, global markets strategist at INTL FCStone, told MarketWatch. There have been “small improvements with respect to trade, but that does not necessarily indicate that we’re close to resolution on trade with China,” he added.

“We’re in a far more uncertain place, but if anything, the market has really shown its ability and wherewithal to place a bet on the strength of the Fed put.”

”In less than six months, investors have gone from discounting three Fed rate hikes to three cuts; many factors support the shift, but we question whether easing alone can change the outcome,” said Lisa Shalett, chief investment officer of Morgan Stanley Wealth Management, in a note to clients. “While looser policy may support market liquidity and valuations in the short run, we are not confident that rate cuts can cure what ails the economy. All-time high consumer confidence, 50-year low unemployment and mortgage rates near 4% have not lifted consumption and residential investment; rather, policy uncertainty from Washington and geopolitical instability is weighing on the aging business cycle; trade uncertainty appears to be distorting supply chains, quashing capital spending and contributing to a manufacturing slowdown,” said Shalett.

If the Fed is ultimately pressured into “prophylactic rate cuts,” then it may find itself with too few bullets left when it really needs them, she added.

Shares of United Technologies UTX, -3.13% fell 3.1% after the company announced an all-stock deal to merge with defense contractor Raytheon Co.RTN, +0.69% , a move that would create the world’s second-largest aerospace-and-defense company by sales. Raytheon shares rose 0.7%.

However, during an interview with CNBC on Monday morning, Trump appeared to dampen enthusiasm for the deal when he said: “I’m a little concerned about United Technologies and Raytheon,” adding that airplane manufacturers have all merged “so it’s hard to negotiate” with them.

Merck & Co. Inc. MRK, +0.02%  said it would buy privately held pharmaceutical company Tilos Therapeutics in a deal that could be worth as much as $773 million. Shares of Merck were mostly unchanged.

Shares of Tilray Inc. TLRY, +11.19%  surged 11% after the Canada-based cannabis company announced an agreement that extends the lock-up, and provide for the orderly sale, of the 75 million shares, or 77% of the Tilray shares outstanding, held by its largest shareholder, Privateer Holdings.

Ford Motor Co. F, +0.61% shares rose 0.6% and General Motors Co. GM, +1.47%  shares advanced 1.5% after the avoidance of new tariffs on Mexican imports. The U.S. auto industry relies heavily on a cross-border supply chain that would have been hit particularly hard by new duties on Mexican imports.