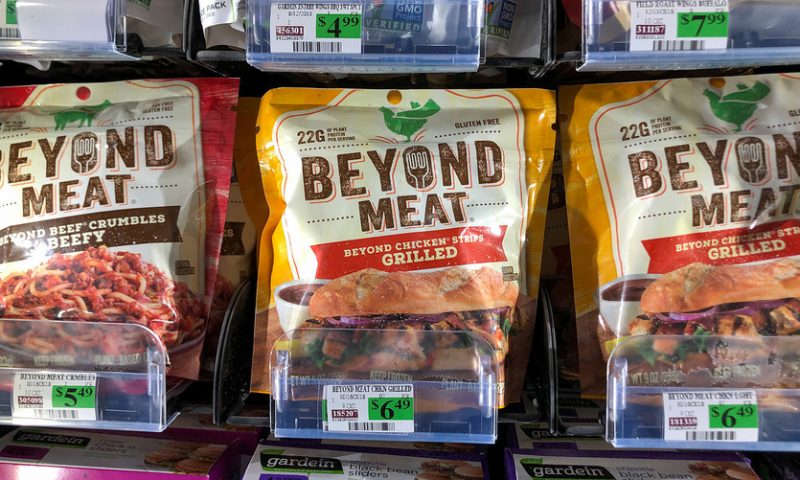 Will bears have the same ‘teflon’ characteristics as Tesla short sellers?

Beyond Meat Inc. is now the most expensive stock to borrow among active short targets, as lending fees continue to skyrocket.

Shares of Beyond Meat BYND, +21.24%  , which makes plant-based meat alternatives, have jumped 69% in the past two trading sessions, but short sellers are still hungry for the opportunity to bet against the red-hot stock. Stock-borrow fees on existing shorts reached 134% in Monday’s session, according to financial technology and analytics firm S3 Partners, and could top 150% by the end of the week.

Short interest stands at $814 million, or 5.87 million shares shorted, representing more than 50% of Beyond Meat’s float. Beyond Meat is the sixth-largest short bet in the domestic packaged foods and meat sector, but bears are down $574 million in mark-to-market losses as the shares keep climbing. The stock is up 570% from its May 2 initial-public-offering price of $25.

“Beyond Meat has hit the short-squeeze trifecta, with several hundred thousand shares of recalls hitting the street; stock borrow rates solidly in the triple digits and its stock price rallying 69% in just two days,” wrote Ihor Dusaniwsky, managing director at S3, in a report late Monday.

The company has the potential for a “Tesla-esque” situation on its hands, Dusaniwsky said, if shorts don’t start covering their positions soon. By that, he means that Beyond Meat long shareholders would be making a “lifestyle decision,” rather than just an investment call, through their stock ownership. For short sellers, bearish bets could represent “more of a test of conviction and principle” rather than a hunt for immediate profit.

But it remains to be seen if Beyond Meat shorts will have the same “teflon” nature of Tesla Inc. TSLA, +4.10%   shorts. “There is a very good chance that there will be a Beyond Meat short squeeze in the very near future,” Dusaniwsky wrote. “With no additional or impactful short side activity possible, Beyond Meat’s stock price should continue its upward trajectory with very little opposition.”