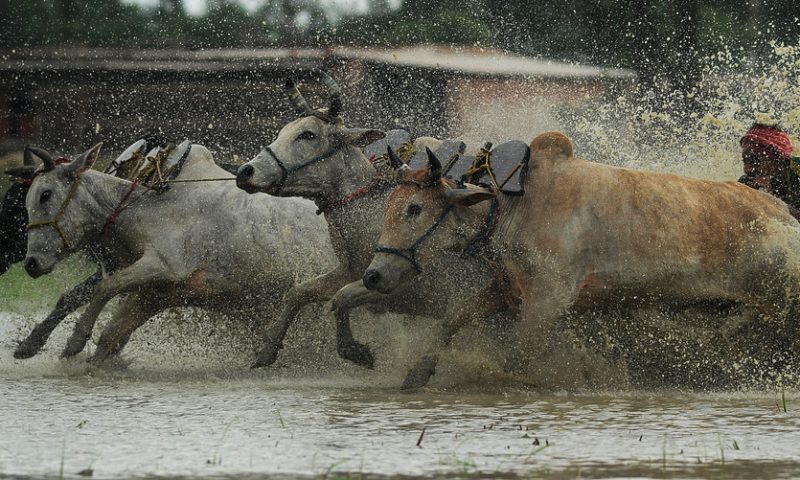 The pendulum has been swinging hard for equity investors lately.

Egged on by comments from Federal Reserve Chairman Jerome Powell, investors have been snapping up stocks on hopes a near-term U.S. interest rate cut is on the cards.

The pressure may only increase after a U.S. jobs report showed a far lower-than-expected were created. (see economy). But it’s also worth mentioning at this juncture how wrong the market can be when it comes to predicting Fed moves.

Despite the apparent fever for stocks lately, others see investors still reluctant to pile into this market. Wall Street stocks have rallied hard since the December meltdown—the S&P 500 is up 13% even if May stank—and global trade worries refuse to go away.

That brings us to our call of the day from strategists at Bank of America Merrill Lynch, who say their key contrarian indicator reveals investors are so bearish it might be time to start buying stocks.

The BofAML Bull & Bear Indicator plunged to 2.5 in the latest week, “a chip-shot away from buy signal level of 2.0,” chief investment strategist Michael Hartnett and a team at the bank told clients in a note. Check out their chart below:

Their proprietary gauge charts whether investor buying or selling of stocks has swung too far either side of a scale of zero to ten. The closer to 0— least bearish—and closer to 10—most bearish. The indicator sticks to this rule: when investor sentiment is over 8, sell equities, and when it’s under 2, buy them.

So the current level may indeed be flagging a big buy signal, and it represents a hefty drop from last week when it was sitting at 3.6—in neutral territory, as that chart shows:

They point out that big institutions are the most hedged right now since the lows of Jan. 3, as shown by another chart. That is, they’ve been using risk management strategies to offset any potential losses from their investments should something bad happen.

The bank’s asset flow data is of June 6, so clearly reflecting as well a big bad week for stocks and risk aversion.

Just 75,000 jobs were created in April, well below expectations for 185,000, the unemployment rate was stuck at 3.6% and average hourly earnings slowed to 3.1%. Wholesale inventories and consumer credit are expected later.

Shares of Beyond Meat BYND, +39.35% are soaring on an upbeat outlook in thefirst set of earnings since going public for the maker of plant-based meat alternatives.

Barnes & Noble BKS, +11.07%  shares are getting a lift from news hedge fund Elliot Advisors will take the bookseller private in a $683 million deal.

Social media group Facebook FB, +2.98%  has reportedly halted pre-installation of its app on Huawei phones. And Alphabet’s GOOGL, +1.97%  Google has told the U.S. government that a ban on the Chinese tech group could force it to develop its own operating system, posing a risk to national security, the FT reports. Meanwhile, a senior Huawei official says Google is acting as an emissary for the company.

The Trump administration says Mexico tariffs will go ahead as planned for Monday, as a second day of talks failed to yield a deal. That’s as Fitch Ratings stripped troubled state oil group Petróleos Mexicanos of its investment-grade rating.

This weekend, U.S. Treasury Secretary Steven Mnuchin and People’s Bank of China Governor Yi will meet at a gathering of central bankers and finance ministers in Japan. China’s former commerce minister Chen Deming said in an interview there will be no easy, quick trade deal.

Retailer Walmart WMT, +0.90%  has launched its InHome delivery service. Groceries will end up in your fridge whether you’re home or not.