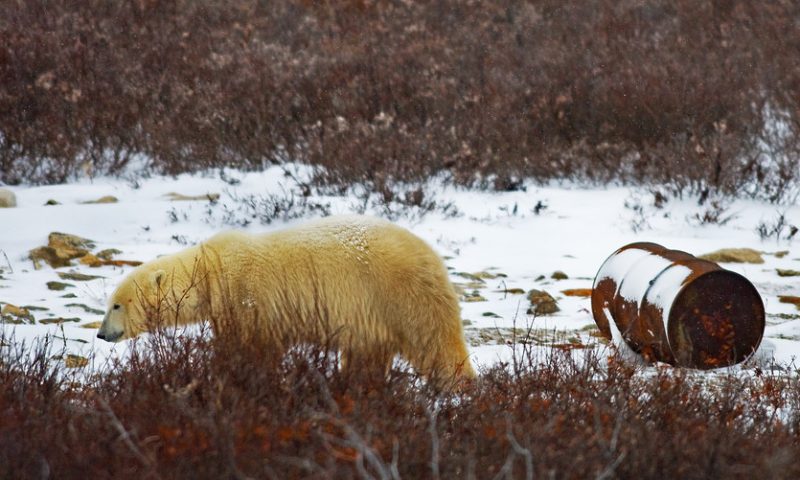 U.S. crude benchmark settles 22% below its most recent highs in April

“A combination of rising U.S. inventories, trade war concerns and economic fears are trumping the supply-side factors that encouraged us to reach a high of $66 in late April,” said Matt Smith, director of commodity research at ClipperData.

“Broader economic sentiment has turned south in the last month or so, and crude has been tagging along for the move lower in equities—further juiced by the U.S. inventory build,” he said.

The sharp drop Wednesday followed data from the Energy Information Administration, which revealed a weekly U.S. crude supply climb of 6.8 million barrels, the largest in five weeks. That took domestic crude inventories, excluding those in the Strategic Petroleum Reserve, to 483.3 million barrels — the highest since July 2017.

“The stock build was tremendous on its own and well exceeded expectations due to a steep increase in imports and a rise in production to a new weekly record high,” Marshall Steeves, energy markets analyst at Informa Economics, told MarketWatch. That rise was “propelled primarily by shale increases out of the Permian but also by higher offshore output.”

Retail gasoline prices are higher than last year at this time, “so that is having a marginal negative impact on demand as the summer season gets under way,” said Steeves. AAA pegged the national gas price average for regular unleaded at $2.795 on Wednesday, up from $2.940 a year earlier.

Taking a look at the bigger picture for oil, however, “prolonged trade tensions are hindering the outlook for global demand growth, with no end apparently in sight for the U.S.-China negotiations and now with tariffs about to be introduced on Mexican imports,” Steeves said. “That has been a factor for some time now, but I think traders were expecting a quicker resolution.” Concerns over a slowdown in the global economy has fed expectations for weaker energy demand.

The drop in WTI futures has sent prices below near-term support levels, introducing “technical weakness that could accelerate at $50, where there are likely sell stops that would be triggered,” warned Steeves.

This company could win big if the U.S. regulates Apple and Google