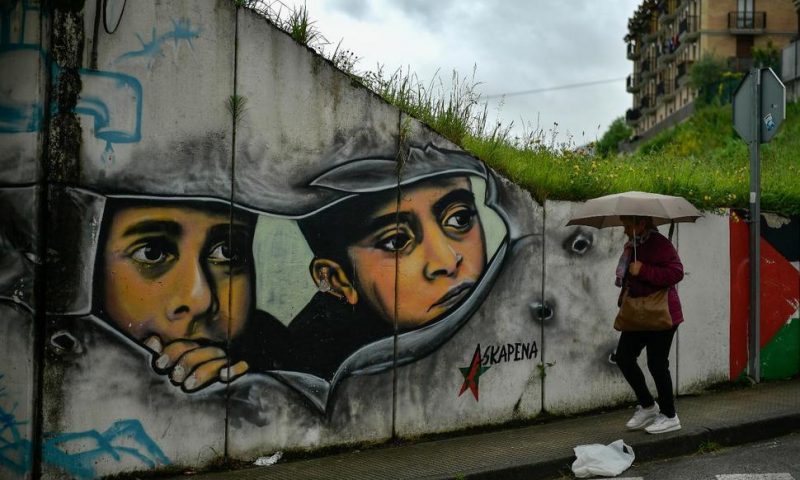 Europe seems to have two economies, not one: services and consumers are rolling along fairly well, yet the industrial sector is recession.

FRANKFURT, Germany — These days, Europe seems to have two economies, not one.

Services companies and consumers are rolling along fairly well. Unemployment is at the lowest in a decade and prices are comfortably under control for shoppers.

At the same time, key indicators show that the industrial sector is in recession, even in the continent’s usual powerhouse, Germany. Manufacturing is being hurt by global trade conflicts, a slowdown in key export market China, Britain’s looming departure from the European Union, and fundamental changes in an auto industry.

The question now is whether the industrial slowdown will drag down the rest of Europe’s economy, spoiling hard-earned gains in the jobs market after years of crisis and stagnation.

Data released Tuesday underlined the progress the 19 countries that use the euro currency have made in overcoming the debt crisis that broke out in 2010 and was followed by two recessions. The economy grew 0.4% in the first quarter over the previous quarter, and up 2.2% over the year-earlier period.

The eurozone has now grown now for 24 straight quarters, bringing unemployment to 7.6% in April. That is the lowest since August 2008, on the eve of the Great Recession. It’s down from 12.1% in early 2013 and more than a million people have dropped off the unemployment rolls in the past year. Retail sales have grown steadily for six years.

Lots of places are doing well; unemployment is at just 2.7% in Germany’s Bavaria region, while construction firms in Saxony in former East Germany are turning work down because their order books are full.

At the same time, the eurozone’s manufacturing sector was shrinking in May, with Germany faring worst, according to surveys by analytical firm IHS Markit.

That slowdown was apparent in first-quarter earnings reports by big corporate names, particularly in the auto industry.

BMW, a reliable profit machine for a decade, reported an operating loss on its automotive business. Tire maker Continental saw first-quarter operating earnings slip 16%, even as the company was able to outperform the global market.

“In China, the slump in demand for passenger cars in the second half of 2018 continued,” it said.

Automotive wiring supplier Leoni, based in Nuremberg, likewise blamed “weak automotive demand from China and increasingly Europe” as it reported an operating loss.

A key factor is the tariffs, or import taxes, that the United States has started to wield aggressively in an effort to reshape its trade relations.

The U.S. has imposed new tariffs on hundreds of billions of dollars’ worth of Chinese goods, and the Chinese have responded with tariffs of their own. U.S. President Donald Trump has put tariffs on steel and aluminum and threatened more on a variety of goods not only from China but also from longtime allies like Europe, Canada and Mexico.

Among the biggest threats has been Trump’s proposal to put tariffs on imported cars. The decision has been postponed for six months, but remains a painful source of uncertainty.

Andreas Rees, chief German economist at UniCredit, says that Italy and Germany have been exposed to “hidden” protectionism through more than 160 trade actions from the United States in lower-profile areas such as subsidies for U.S. producers, restrictions on doing business with government, and licensing and quota restrictions, while France has been hit with 143. Those countries have imposed retaliatory measures, although fewer of them.

The auto industry has its own troubles that go beyond tariffs, such as heavy investment on developing battery-powered cars that they will need to meet tough emissions limits in the European Union and in China.

And then there is Brexit. Since Britain voted in 2016 to leave the European Union, its major trade partner, uncertainty has been high for companies that don’t know whether they will face new tariffs. British politicians have been unable to agree on the terms of the exit, causing a March deadline to be extended to Oct. 31.

European Central Bank policymakers, who say they don’t see a recession coming, will grapple with these conflicting signals Thursday when they gather in Vilnius, Lithuania, to review monetary policy for the eurozone.

The inflation rate, at 1.2% annually in May, remains below the ECB’s goal of just under 2%. Low inflation can be good for consumers, but it also makes it harder for countries and companies to reduce debt and suggests growth isn’t translating quickly enough to higher wages.

The central bank ended at 2.6 trillion-euro ($2.9 trillion) stimulus program at the end of last year but is having to consider whether the economy needs more support. ECB President Mario Draghi, whose term ends in October, has said that the bank stands ready to use all its tools if needed.

The bank could extend the earliest possible date for an interest rate increase from its current promise of not before the end of this year. The bank’s benchmark for lending to commercial banks is at zero, while the rate on deposits the ECB takes from banks is minus 0.4%. That unusual negative rate is a penalty aimed at pushing banks to lend the money.

Feds target four of the biggest tech companies in U.S., and their stocks are getting slammed

At Stores and Online, Health Care Moves Closer to Customers