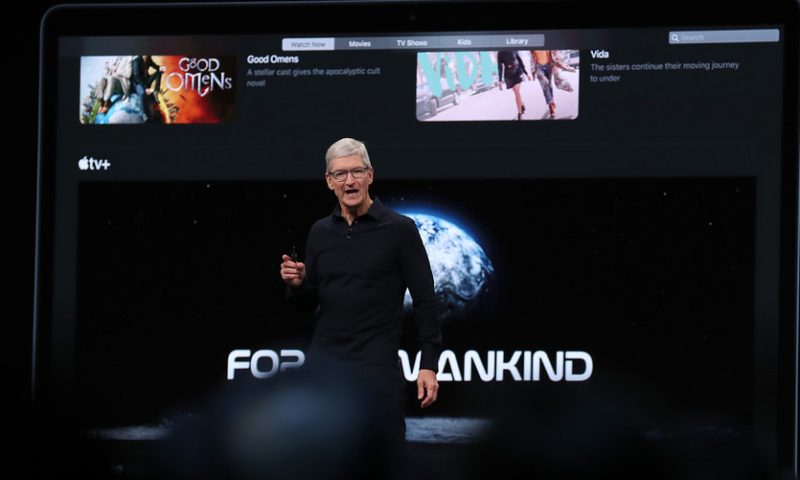 Google, Amazon, Facebook and Apple — worth nearly $3 trillion combined — under federal investigation, according to series of reports

Shares of Alphabet Inc. GOOGL, -6.12% GOOG, -6.11%  , Amazon.com Inc.AMZN, -4.64%  , Facebook Inc. FB, -7.51%  , and Apple Inc. AAPL, -1.01%  were slammed Monday after a series of reports that have rolled out since Friday afternoon, claiming that those companies face regulatory scrutiny from the Trump administration. Alphabet’s Google division, Amazon and Apple are reportedly under investigation by the Justice Department, while the Federal Trade Commission is said to be investigating Facebook.

Late Monday, the House Judiciary Committee also said it would investigate competition in the tech industry.

Alphabet and Facebook were hit the hardest, with Google’s parent company falling 6.1% and Facebook declining 7.5%. Amazon fell 4.6% and Apple dropped 1%.

Those four companies are among the five most valuable tech companies in the U.S., with a combined market capitalization of nearly $3 trillion. Only Microsoft Corp. MSFT, -3.10%  — the focus of one of the biggest antitrust investigations against tech in U.S. history, during the days of the dot-com boom and bust — has so far avoided reported scrutiny from the group of tech’s biggest heavyweights.

Apple was the most recent to face such a headline, with Reuters reporting Monday that the Justice Department has “been given jurisdiction” for a potential probe of Apple as executives were kicking off the iPhone maker’s Worldwide Developers Conference. Earlier Monday, The Wall Street Journal reported that the FTC, which already is investigating Facebook for privacy violations and is on the verge of levying a multibillion-dollar fine, was granted the rights to start a potential probe of the social-networking giant for monopolistic practices.

On Saturday, the Washington Post said e-commerce behemoth Amazon could face intensifying antitrust scrutiny from the FTC, though it was unclear on what basis. The Wall Street Journal on Friday reported the Justice Department is laying the groundwork for opening a federal antitrust investigation of search giant Google. The FTC conducted a broad investigation of Google in 2013 but did not take action.

None of the companies immediately responded to requests for comment Monday.

The rapid-fire nature of the reported federal actions, while not publicly commented on by the government, gins up an evolving narrative of government oversight of big tech companies, whose services reach billions of people around the world and whose market valuations are in the trillions of dollars. Absent federal laws to oversee the collection and use of personal information, lawmakers and privacy advocates are calling for stiff fines, some form of self-regulation, or outright breakups of large, influential companies like Facebook and Amazon.

“The ability of these companies to use their size and access to huge amounts of information to manipulate market forces and potentially stifle competition increasingly has raised concerns among antitrust regulators,” technology lawyer Peter Day told MarketWatch in a phone interview. “This has led to a debate over whether these companies represent a new expression of a monopoly.”

The debate is relatively fresh in the U.S., where presidential hopeful Sen. Elizabeth Warren (D., Mass.) has called for the breakup of Amazon, Facebook, and Google, and fellow candidate Sen. Amy Klobuchar (D., Minn.) has put Facebook in her crosshairs. (On that issue, Klobuchar — a fierce critic of President Trump and the co-author of a data-privacy bill — is in agreement with the president.)

Meanwhile, the issue is thriving in Europe, where Google was hit with a record antitrust fine of $5.6 billion by the European Union last summer for abusing the dominance of its Android operating system, the third such large fine in three years. Music-streaming service Spotify Technology SA SPOT, -2.21%  this year lodged a complaint with the European Commission that Apple uses its App Store to put rivals at a disadvantage.

The European Union’s General Data Protection Regulation law imposes fines of 20 million euros or 4% of a company’s total revenue, whichever is higher. It has yet to impose a significant fine as local authorities ramp up staffing, and companies get up to speed on regulations.

The decline pushed some large indexes lower Monday, led by the tech-heavy Nasdaq Composite Index COMP, -1.61%  , which fell 1.6%. The Dow Jones Industrial Average DJIA, +0.02%  , which counts only Apple as a component among the four, avoided the decline with a barely positive day, while the S&P 500 index SPX, -0.28%  declined 0.3%.